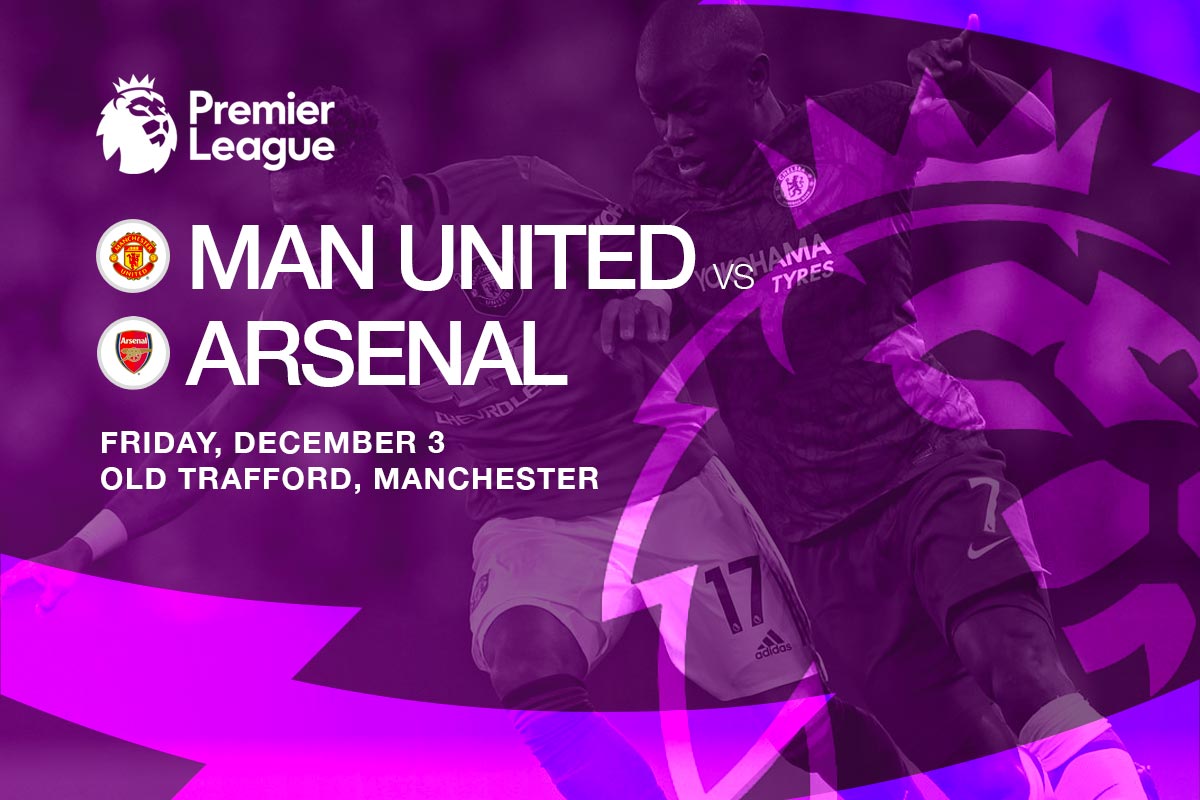 Matchweek 14 of the 2021/22 EPL season has plenty of high-profile matchups, perhaps none more so than when Arsenal travel to Old Trafford to take on Manchester United on Friday morning (AEDT).

Coming off a 1-1 draw with league leaders Chelsea, Man United may have found the confidence they needed to get their season back on track. With caretaker manager Michael Carrick expected to remain in charge for this encounter, the United squad will be out to impress new interim boss Ralf Rangnick.

Off-season signing Jadon Sancho has seemingly hit his straps at Old Trafford, with the former Borussia Dortmund midfielder netting his first goal for his new club in the UEFA Champions League last week, before bagging another at Stamford Bridge on the weekend. Despite coming off the bench against Chelsea, it is expected that Cristiano Ronaldo will make his way back into the starting line-up, while Donny van de Beek will be staking his claim for a start against the Gunners.

Outside of a disappointing 4-0 loss to Liverpool in Matchweek 12 of the EPL, Arsenal have been one of the form sides in England, going undefeated in 11 of their last 12 matches. They returned to winning ways last week when disposing of Newcastle 2-0, with Bukayo Saka (56’) and Gabriel Martinelli (66’) finding the back of the net.

With Saka facing a race against time having picked up an injury against Newcastle, it looks likely that Martinelli would fill his role on the right if the England international was to be ruled out. Keeping that attack sharp is the key, as the Gunners’ defence – comprising Ben White, Gabriel, Takehiro Tomiyasu, Nuno Tavares and in-form keeper Aaron Ramsdale – has been rock-solid in recent times and should prove difficult for Manchester United to break down.

The form lines could not be more contrasting ahead of Arsenal’s trip north. Despite a somewhat positive result against Chelsea, Man United were outplayed for a vast majority of the match and were lucky to walk away with a point having conceded 23 shots on goal. The Red Devils simply cannot afford to give up those sorts of numbers against this in-form Gunners side. With Harry Maguire and Luke Shaw both expected to miss this match, it leaves an undermanned United defence for the taking. We are expecting a 2-1 or 3-1 win for the visitors, with their defence to stand strong once again.

It has certainly been a breakout season for Emile Smith Rowe, who has scored four goals and collected two assists along the way. With Bukayo Saka expected to miss through injury, Smith Rowe is expected to be on set-piece duty, and considering United’s struggles in defence, we anticipate the young Englishman will find one of his teammates from a dead-ball situation and contribute to a winning performance by Arsenal.