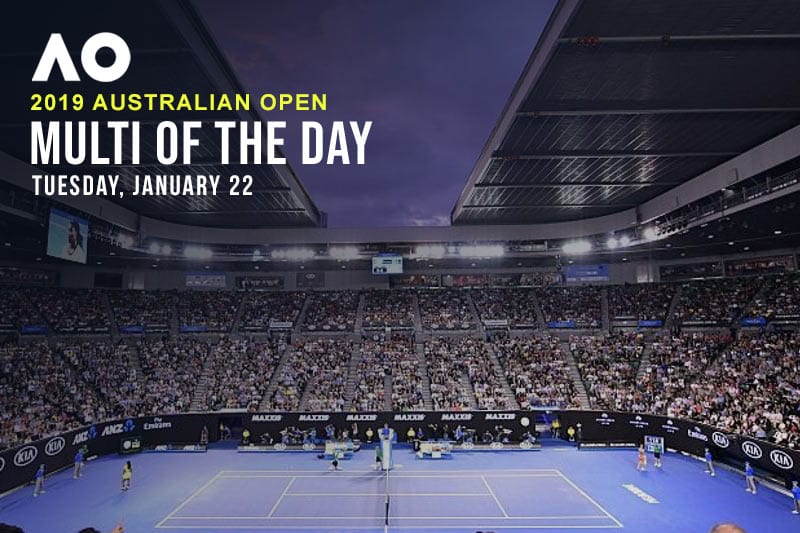 CAN Ashleigh Barty win her way through to the semi finals?

That is the question on everyone’s mind as we look at the best bets for Tuesday’s action at the 2019 Australian Open.

There is also a big chance for Rafael Nadal to make his mark and two fascinating matchups between the giant slayers in the men’s and women’s draws.

Tiafoe won plenty of fans with his 7-5, 7-6, 6-7, 7-5 win over Grigor Dimitrov, but does the young American have enough control in his game to take down Rafa?

Nadal is yet to drop a set and has a massive opportunity to claim his second Australian Open title now that Roger Federer is out of the draw.

The Spaniard is much fresher than his opponent and should get the job done in straight sets ($1.50 at Sportsbet).

These lads have two things in common: both have racked up big miles on court, and both have beaten one of last year’s finalists.

Bautista Agut’s win over Marin Cilic was his third five-setter in four outings, while Tsitsipas had already played 12 sets before stunning Federer on Sunday night.

Expect a gripping contest with the young Greek edging it over five ($5 at Sportsbet).

Barty survived a late scare to claim a 4-6, 6-1, 6-4 win over Maria Sharapova and reach the quarters of a grand slam for the first time.

Now the talented Aussie has a chance to reap revenge for her narrow defeat in the final of the Sydney International.

Kvitova is looking good and has a 3-0 singles record against Barty, but they were hard to split in Homebush and the home crowd might just get Ash over the line.

Pavlyuchenkova has reached the quarters at all four grand slams, so it was not altogether surprising to see her match it with Sloane Stephens.

Collins, however, had never won a match at the majors until her first-round win over Julia Goerges, which triggered landslide results against Sachia Vickery, Caroline Garcia and Angelique Kerber.

The 25-year-old American is on a roll and then some, but Pavlyuchenkova’s superior experience at this level should serve her well.