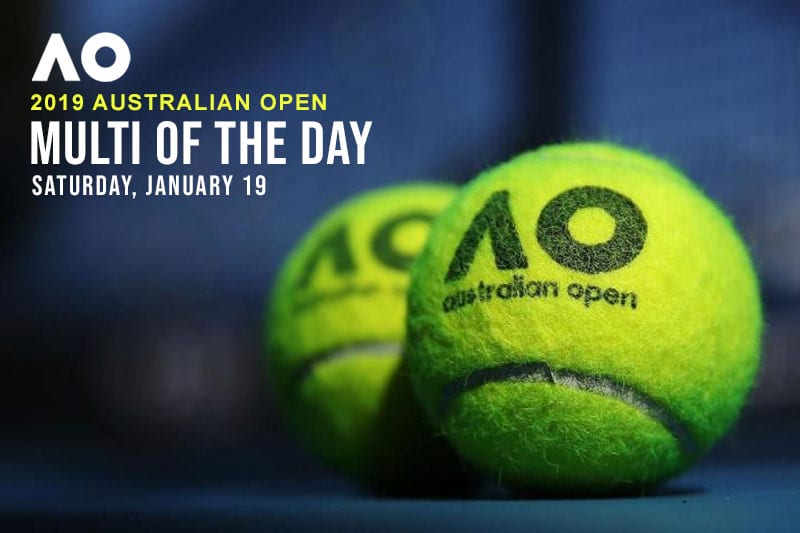 IT’S about that time in the Australian Open when the cream starts to rise.

Novak Djokovic and Serena Williams headline a Saturday schedule that includes 23 of the seeded players in either draw.

Also in action are local lads Alex Bolt and Alexei Popyrin, who have won plenty of fans with their classy displays in the opening week.

Our form is not too shabby either.

Simona Halep, Pierre-Hugues Herbert, Milos Raonic and Serena Williams all got up for a $5.28 return on Thursday’s Australian Open multi tips.

Who will deliver the goods this weekend?

We kick things off with an all-Asian affair between a rising star and a tour veteran.

Osaka is looking every bit the major champion after straightforward wins over Magda Linette and Tamara Zidansek.

Hsieh also enjoyed a strong 2018, achieving best-ever finishes at the Australian Open (fourth round), Wimbledon (fourth round) and the US Open (second round).

There is an obvious gulf in class in singles play, however, and Osaka should make it through with no fuss.

This would have been a much tougher matchup to call four or five years ago.

Williams was still a genuine force on tour back then, but the 38-year-old champion is now on her last legs.

Halep, however, is in her prime and eager to rack up as many major titles as she can while the going is good.

The Romanian has beaten Venus in their last two meetings and should do so again.

Goffin is one of those players who always looks like he is punching above his weight.

For all his qualities, the nuggety Belgian is not someone you back to make an impact in the second week of a grand slam.

He has never faced Medvedev, who enjoyed an excellent preparation with wins over Andy Murray, Milos Raonic and Jo-Wilfried Tsonga at the Brisbane International.

The young Russian is a player on the rise and he should win here to reach the fourth round of a major for the first time.

The Aussie teenager got a walkover from Dominic Thiem in the third round, but he was already two sets up when his opponent called it quits.

This is rarefied air for Pouille, who had never won a singles match at the Australian Open until this year.

With the crowd at his back, there is no reason Popyrin can’t do this.