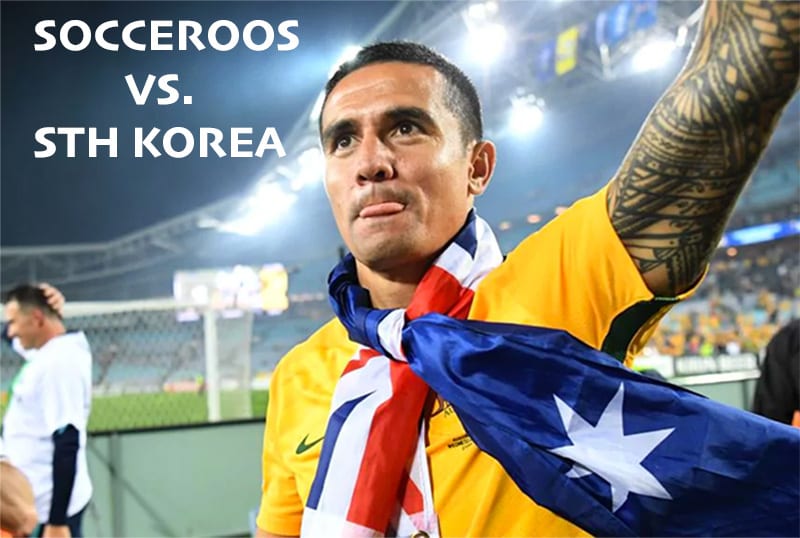 The Socceroos will play host to South Korea on Saturday night in an international friendly that will provide a farewell to one of its greatest ever players, Tim Cahill.

The encounter, inked to take place at the Suncorp Stadium in Brisbane, will be the penultimate preparatory match ahead of Australia’s defence of the AFC Asian Cup in January next year.

After a spirited run at the 2018 FIFA World Cup in Russia and the appointment of new coach Graham Arnold, the wheel may have turned for the Socceroos, who registered their first win in four games last month, brushing aside Kuwait with a 4-0 hammering.

Much of the attention on the game will be centred on Cahill, 38, who will make his 108th and last appearance for his nation, for which he has scored 50 memorable goals.

Cahill broke an Australian record and joined an elite group of players around the world in which have scored in three separate World Cups and was part of the Socceroos’ squad for a fourth World Cup, but wasn’t used for any meaningful minutes in the tournament.

Graham Arnold has confirmed that Cahill will be brought on as a sub to give Australian fans an opportunity to say goodbye to the soccer legend on the field.

South Korea, Australia’s opponents for the weekend, settled for a 2-2 draw with Panama in their most recent friendly match played out during the last international break.

Australia defeated South Korea the last time the two sides met competitively — a 2-1 defeat in the 2015 Asian Cup final — but the Socceroos have only won four of their last 15 games against South Korea; losing seven and drawing four.

Be that as it may, both sides will be looking to get the better of the other, seeing as they could quite possibly meet at some point in next year’s Asia Cup.