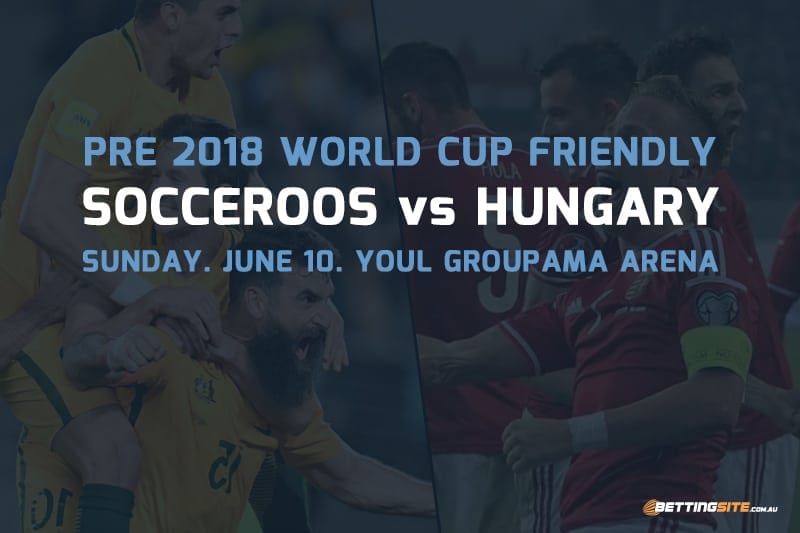 AUSTRALIA’S World Cup preparations reach their crescendo as the Socceroos face Hungary in the early hours of Sunday morning in Budapest.

Many questioned how the Socceroos would fare last week against the Czech Republic, but the Aussies under new coach Bert van Marwijk hammered their opponents 4-0 in the perfect tune up match heading into the world’s premier football tournament.

Like the Czechs, Hungary are solely playing for pride in Budapest.

After putting together a strong performance in the 2016 Euros, Hungary has hit a massive brick wall. Across the country’s last seven fixtures they have won just twice, losing the other five match ups.

The two teams have only met twice in the past, but its been the Socceroos who have dominated their European opponents.

The sides first meet in 1997 when the Aussies recorded a 3-1 victory, while the green and golds delivered another powerful performance three years later, winning 3-0.

Following the strong 4-0 win over the Czech Republic on Friday night, Bert van Marwijk was tasked with trimming the 25 main squad down to 23 ahead of next week’s World Cup opener against France.

Jamie Maclaren secured his spot in the final squad following a late call up, while veterans Tim Cahill and Mark Milligan, who both become the first two players to represent Australia at four separate World Cups.

Questions about Australia’s frontline were allayed somewhat with Mathew Leckie’s stellar performance against the Czechs last Friday. The Hertha BSC found the back of the net twice in the friendly victory in St Polten, scoring the opening goal in the 32nd minute. Leckie is looking to lead the line heading into next week’s opening World Cup match against France, which means he will be looking to once again make an impression.

Mathew Leckie is paying $4.50 at Sportsbet to score at anytime against Hungary

Australia vs Hungary – who wins?

After doubting the Australians’ hunger heading into last week’s friendly against the Czechs we were surprised to see such an emphatic performance.

While the margin did flatter the Socceroos, keeping a clean sheet alongside finding the back of the net four times buoyed the hopes of the Aussies that 2018 might not be a wasted World Cup.

Hungary’s recent international record has been abysmal, and with not much to play for we think Australia could run riot once again.

There’s plenty of great value around the Aussies heading into Sunday and we recommend investing on our boys in their last hit-out before the real tournament begins.