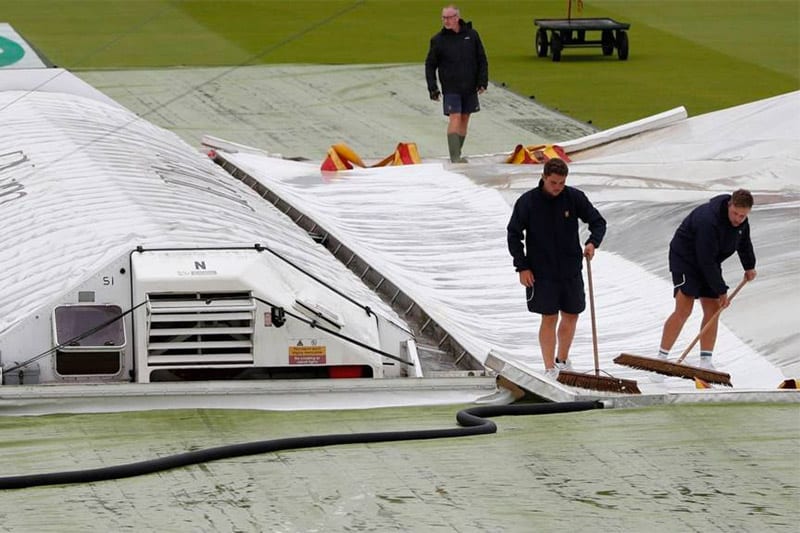 Online bookmaker Sportsbet.com.au is paying $2.02 for a draw after the opening day of the second Ashes Test was ruined by rain.

Each option in three-way match betting was offering around $2.85 earlier in the week, but things have changed after Wednesday came and went without a ball bowled.

The likelihood of a decisive result will diminish further if the rain returns on Friday as forecast, so punters may want to put money on a stalemate now before the odds drop any further.

Those backing a result have made England slight favourites at $3.55, with Australia giving up $3.65 to take a 2-0 lead at Lord’s.

Despite the lack of play, there were one or two scoops to emerge from both camps.

Aussie coach Justin Langer confirmed that Josh Hazlewood, and not Mitchell Starc, would replace the rested James Pattinson in the pace attack.

Starc was always the favourite to play at Lord’s, but now there are doubts as to whether the left-arm speedster will feature at all in the 2019 Ashes series.

Hazlewood, who was omitted from Australia’s Cricket World Cup squad, is rated a $4.33 chance to finish the first innings as the top wicket-taker for the visitors.

England also made a key bowling change, with Somerset spinner Jack Leach coming in for the out-of-sorts Moeen Ali.

There was also speculation that allrounder Sam Curran would replace Joe Denly in the England XI, but the latter appears to have kept his spot for the time being.