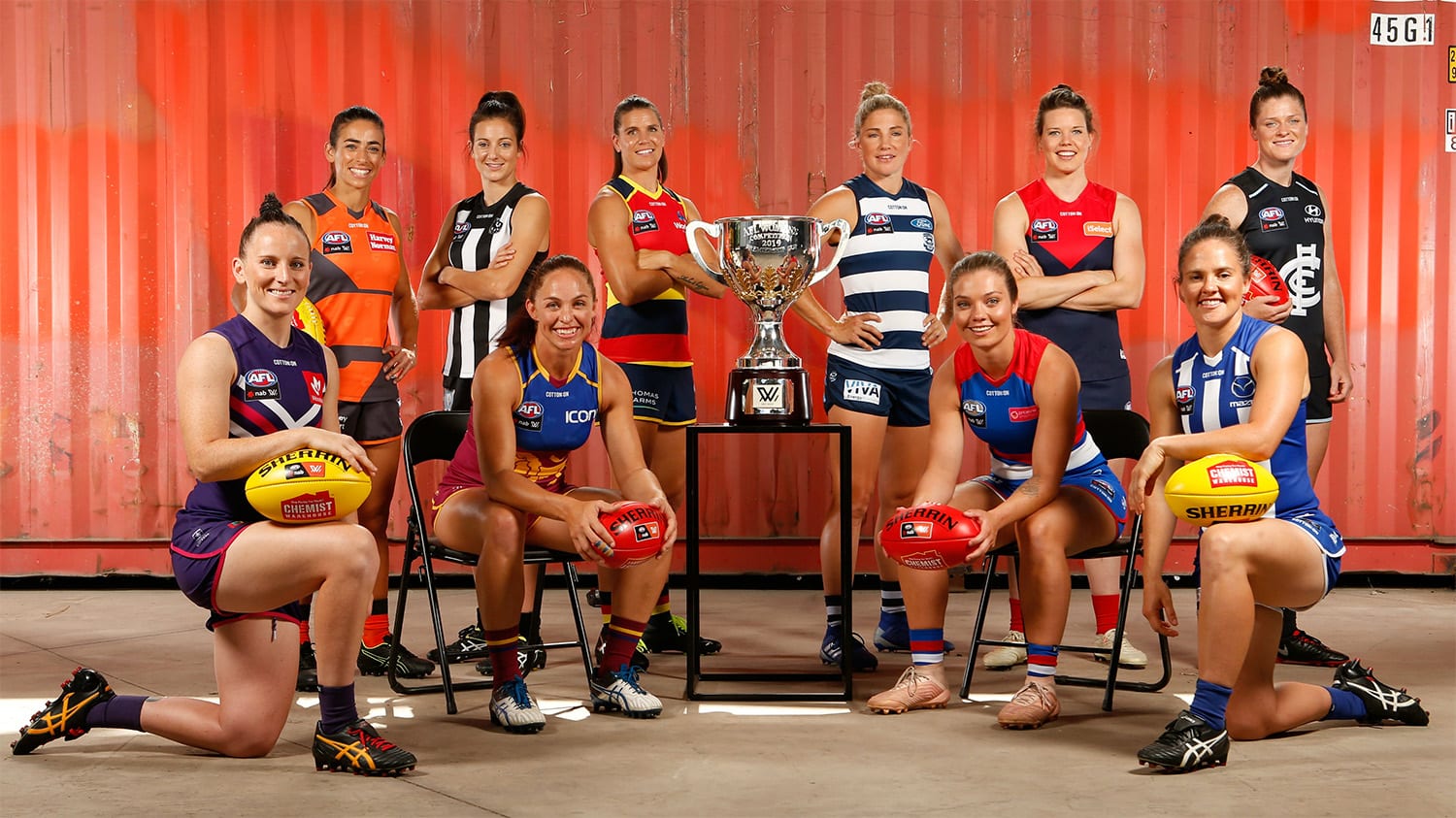 Australian rules football returns in the form of the AFLW as the national women’s competition kicks off this week on Thursday, January 28.

Unfinished business has been the mantra of every AFLW club over the offseason, as the 2020 premiership was not awarded due to COVID-19.

No new expansion teams have been added, keeping the league’s size at 14 teams, while a few major changes have been made to optimise the league.

The past two AFLW seasons used the conference system, similar to the NBA and NHL, but that has been abolished in favour of the single-ladder format used in the AFL.

There will be nine rounds of footy before the finals, meaning teams will not play every other opposition over the course of the season.

The finals system has also been optimised for 14 teams, where only the top six will qualify for the three-week postseason.

The clubs finishing first and second will have a big advantage in the finals, as they will sit out the first round while third and sixth play in the first elimination final and fourth and fifth play in the second.

The AFLW season is scheduled to start on Thursday, January 28 and run until either April 18 or 19, meaning it will overlap with rounds one to five of the 2021 AFL season.

Now it is time to look at the latest AFLW betting markets and analyse which clubs are ahead of the pack.

Most AFLW followers are well aware of the super-team that North Melbourne put together on the back of some massive trades, so it is no surprise the Kangaroos come into the 2021 season as the outright favourites.

One team to look out for will be the Fremantle Dockers, who went undefeated in 2020 and won their semi final 80-10. The only knock on the Dockers is whether they can play outside of WA.

Apart from these two strong clubs, there’s a host of teams that could push for the premiership. The Adelaide Crows have a chance to win their third in five seasons, while Collingwood has built a very strong side over the past two years.

You can expect the Roos and Dockers to make a huge impact in 2021, but do not count out any other club in the top six lines of outright betting.

Only six teams out of the league’s 14 can qualify for the finals, meaning every game is extremely important during the nine-round home and away season.

Home-ground advantages are going to be critical, meaning teams like Carlton with Ikon Park and Collingwood with Victoria Park could have a leg up on some of their Victorian rivals.

You cannot count out the Geelong Cats and their GMHBA Stadium advantage, although they will be without superstar youngster Nina Morrison for most of the season as she recovers from another ACL injury.

The top four sides in the market are very strong and settled groups, all worthy of a finals appearance this season, while any two of the others could jump into the top six, but we think Collingwood and Adelaide are the most likely.

The teams that finish first and second at the end of the home and away season will have a huge advantage in the finals, meaning they will be your best picks to make the decider.

This is the market where the Dockers should be especially strong, as a top-two finish would see them possibly host a home preliminary final in Western Australia, where they have been unstoppable.

Since Carlton traded for Elise O’Dea, one of the first class of AFLW players and a dominant force for Melbourne since 2017, the Blues’ stocks have risen tremendously, while a big season from gun forward Darcy Vescio could see them go all the way to the big dance.