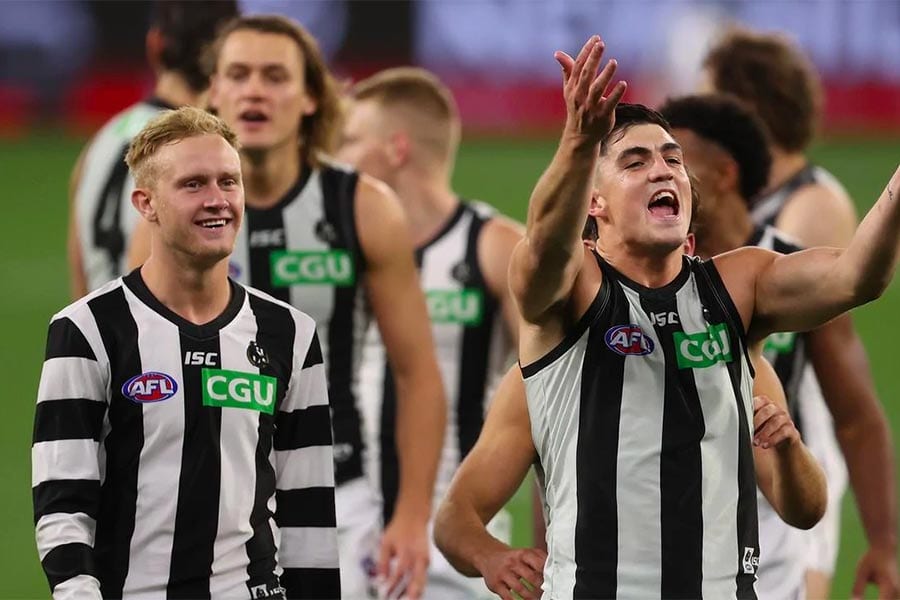 Four games, three upsets, two wins by less than a goal – we may never see a first week of the AFL Finals as good as what 2020 just served up. Here’s an in-depth look at how the results unfolded and what they mean going forward.

Despite winning just about every key statistic for the match, Geelong couldn’t punish the Port Adelaide Power in front of the goals in their qualifying final on Thursday night.

The Cats’ disappointing 5.12 tally set the tone for a week where goalkicking accuracy was the most vital of all stats.

Tom Hawkins was the main culprit with five behinds from his six marks inside 50, which proved the difference as the visitors only went down by 16 points.

Steven Motlop was terrific against his old team, putting through a game-high three goals and registering a goal assist.

The Power advance to the preliminary final, where they will face either Richmond or St Kilda, while the Cats have another chance against the Magpies this weekend.

It was a complete performance from the Brisbane Lions, who stunned the Richmond Tigers with their kicking all over the ground on Friday night.

The Lions utilised an interesting strategy where they kicked the ball much more often than usual, tallying more than twice as many kicks as handballs.

Daniel Rich was massive off half-back with 18 kicks and only two handballs, booting the opening goal of the game within the first minute.

The absence of Tom Lynch was obvious for the Tigers going forward, as Harris Andrews had his way in the air and allowed Ryan Lester to defend comfortably on Jack Riewoldt for most of the night.

The Lions have secured their preliminary final, where they will face either Collingwood or Geelong, while the Tigers must take on the Saints this Friday night.

Bulldogs’ late surge not enough as Saints march on

The St Kilda Saints survived a nervy final quarter to snatch a three-point win against the Western Bulldogs in the club’s first final since 2011.

What made the Saints’ win so impressive was their aerial dominance, as Max King and Jarryn Geary both took four contested marks.

Unfortunately for the Saints, the win came with a few drawbacks, as Paddy Ryder suffered a hamstring injury with a minute to go and Ben Long was suspended for a high hit on Jack Macrae.

Jake Carlisle was fantastic in keeping Aaron Naughton to just one goal from five touches, but the St Kilda defender will part ways with the team for the birth of his child.

You couldn’t have asked for a better game to close out the first week of the finals.

Collingwood Magpies coach Nathan Buckley won a few admirers with a handful of crucial tactical changes mid-game, particularly the decision to move Jaidyn Stephenson to the wing in a bid to boost his team’s penetration inside 50.

The final quarter will go down in history as one of the best in living memory, with seven massive goals and a plethora of ridiculous highlights.

If you haven’t seen it already (or if you want to bask in Collingwood’s glory again), watch the unmissable final two minutes below.