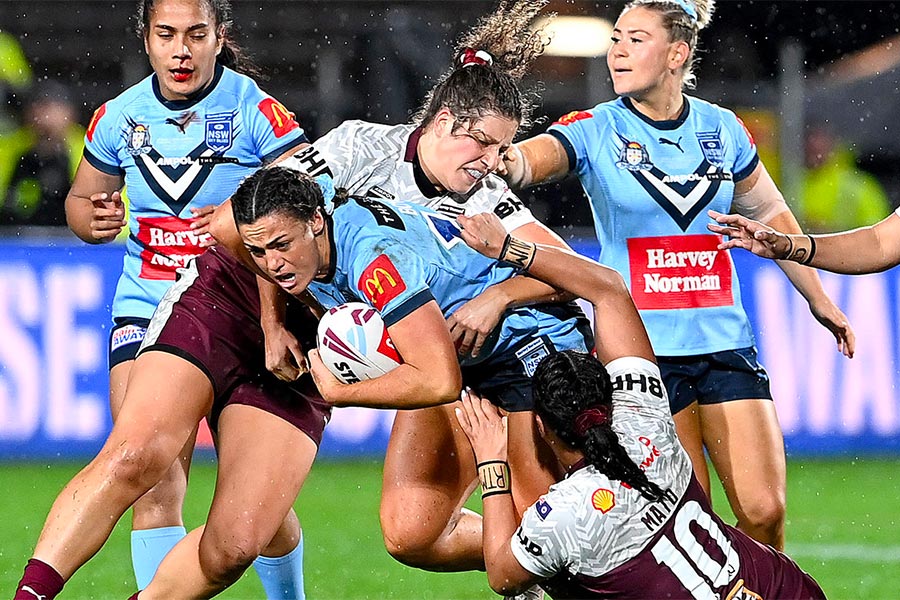 State of Origin returns for the women in 2022 as the Blues and Maroons travel to Canberra for their clash at GIO Stadium this Friday night. This year may be the last of the one-game tie for the ladies, with the possibility of a three-game series beginning as early as 2023.

Some 12 of the 15 Blues players on Friday night were once rivals in the 2022 NRLW Grand Final played at Redcliffe, with the Queensland women being represented entirely by the Broncos and Titans. The Blues have not only strong representation from the two sides that played in this year’s NRLW Grand Final, but joint winners of the NRLW Dally M Medal – Millie Boyle and Emma Tonegato – who will line up in the starting side.

There have been six instalments of the Women’s State of Origin since its inception. NSW won the first four games in a row, but Queensland have begun to turn the tide having won the last two matches by a total of 32-24. While the Blues have a very strong side that’s loaded with Grand Final talent, there’s always something special about Queensland rugby league teams. The Maroons are a great value bet at $2 with BetOnline given the current side is largely the same as their last two winning teams.

There are two women featuring in this match that were simply born to play Origin for their states. Tamika Upton has a habit of scoring tries in the NRL and scored an Origin double in 2020. Upton has an uncanny ability to be in the right place at the right time to score a try if she’s unable to do so off the back of attacking shape. Upton is incredible value to score a try at any time during the match paying $2.80.

The other woman built for Origin football is Isabelle Kelly. One of the best centres in the NRLW, Kelly was the only try scorer for the Blues in the 2021 Origin match and is in the top 10 for try scorers in the NRLW season for 2022. Kelly will be keen to prevent a win streak from growing for the Maroons and is another great value play to score a try at any time during the match paying $3.25.

The reigning dual Dally M winner for the NRLW, Tonegato, will make her State of Origin debut following her transition to league from rugby union. Tonegato will be taking another step up from the intensity of the NRLW but looks more than capable of the step up again in class. Upton will be back for her third Origin match with a keen eye on taking the fullback jersey in the Jillaroos side. Both women will be at their electrifying best, with the capability of putting their state on their back and leading their side to an Origin win.