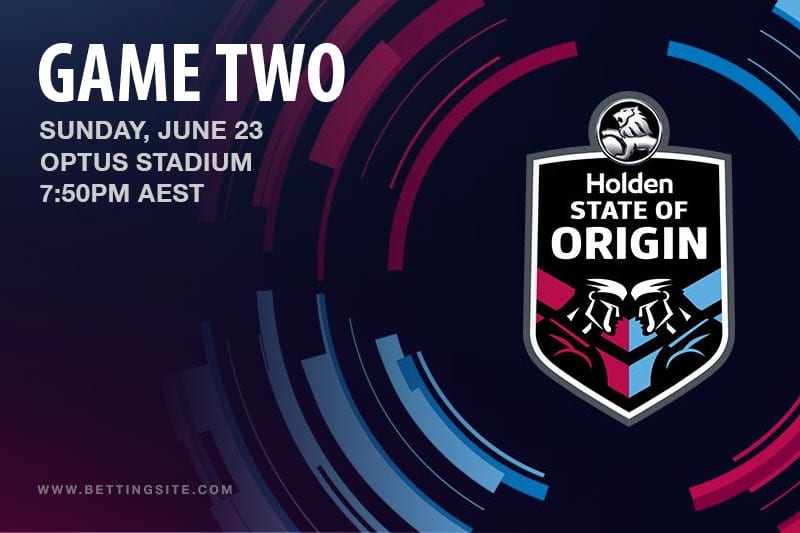 This is a week of firsts for State of Origin rugby league.

Never before has the series ventured to Western Australia, where Perth’s Optus Stadium will play host to game two this weekend.

The most important thing, however, is that Queensland take a 1-0 lead across the Nullabor after their classy win at Suncorp Stadium on June 5.

The Maroons have a few injury issues to deal with, while New South Wales have already confirmed some big changes – not all of them related to fitness.

Jai Arrow has syndesmosis and Joe Ofahengaue is carrying a knock, which sees Dylan Napa promoted to the starting 13 and Tim Glasby named on the bench. Jarrod Wallace is also part of the interchange crew, while Kurt Capewell is on standby if Napa’s sore wrist is still causing him problems come Sunday.

This guy is a beast in State of Origin footy. He proved that in Brisbane earlier this month with two second-half tries in a best-on-ground performance, so why not back the South Sydney star for another big night in Perth?

Only recently back from a long-term injury, ‘Tommy Turbo’ is tipped to replace Josh Morris in the NSW centres. His biggest weapon is his speed, so there is value in backing the Manly boy to find the line at some stage.

Why would Freddy Fittler drop four blokes – three of them starters – when he already has to replace three injured players? It is exactly that kind of knee-jerk selection policy that has cost the Blues in the past, and it will cost them again on Sunday night as Queensland seal their 12th series win in 14 years.