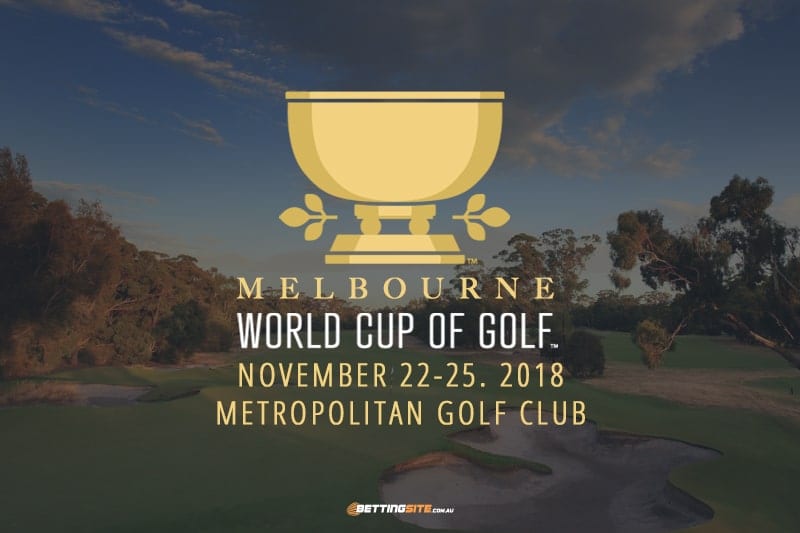 MARC Leishman and Cameron Smith are Sportsbet’s $5.50 favourites to win the 2018 World Cup of Golf, which kicks off Thursday, November 22 at Metropolitan Golf Club.

The Australian pair lead the way from England’s Tyrrell Hatton and Ian Poulter ($7.50), both of whom played crucial roles as Europe claimed a dominant victory at the Ryder Cup back in September.

Kyle Stanley and Matt Kuchar ($9) make up a rather modest offering from the United States, while Korea’s Byeong Hun An and Siwoo Kim ($13) are the pick of the Asian teams.

Soren Kjeldsen and Thorbjorn Olesen, who won the World Cup at Kingston Heath in 2016, are paying $10 to defend the title for Denmark.

For Leishman, the outright favouritism is a welcome challenge rather than a distraction or a burden.

“We are laid-back enough that the pressure and expectation shouldn’t faze us,” he told reporters in Melbourne on Monday.

“But it will be a new experience for us both, going in as a favourite.

“It would be nice to prove everyone right.”

Leishman played with Adam Scott at the 2016 World Cup of Golf, where the Aussies finished in a tie for ninth.

After Scott enjoyed a late-season resurgence on the PGA Tour this year, there was talk that the pair would join forces once more at Metropolitan.

However, Smith’s impressive returns in the United States left Leishman with little option but to back the 25-year-old Queenslander.

“He played unbelievably well in the second half of the year to get into the position he was,” the Warrnambool native said.

“He was really determined to do it, he was talking about it all year.

“It was a very hard decision for me.

“Scotty picked me last time, but Cam made it impossible for me not to pick him.

Leishman is currently 21st in the Official World Golf Ranking, while Smith sits at number 33.

There is plenty of competition in the upper reaches of this week’s golf betting markets, especially from the English duo of Hatton and Poulter. But it is hard to overlook the Aussies, especially when Leishman brings such a wealth of knowledge and experience from his days on the Victorian juniors circuit.

Both An and Kim are hovering just outside the top 50 in the world rankings, but the key is that only a few places separate them from one another. Both of these guys have venture into the top 30 before, so it should not be a case of one man carrying the other – unlike more than a few of the pairings at Metro this week.

Lay of the week: South Africa

There once was a time when you could expect big things from South African players on a regular basis, but those days are long gone. The nation’s golf has endured a definite lull of late, and the World Cup pairing of Dylan Frittelli (world no. 75) and Erik van Rooyen (world no. 135) sums up the situation all too well.

The World Cup of Golf is a 72-hole stroke event played by teams of two. Two different game styles are used: four ball, where each player uses his own ball and only the best individual score for each hole is recorded; and foursomes, where teammates share a single ball and alternate from shot to shot.