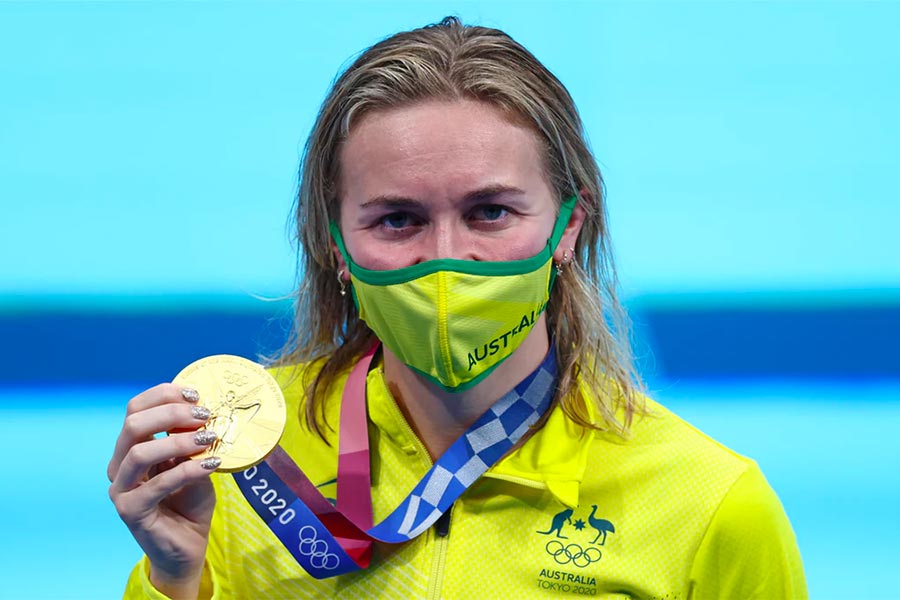 Four medal events will be swum and won on Saturday morning at the Tokyo Olympics, and BettingSite brings you the best bets and top odds on offer for each of those races. The Men’s 100m Butterfly Final kicks off the action at 11:30am AEST, and we will also see Australia’s Kaylee McKeown aim for a gold medal double in the Women’s 200m Backstroke Final; Ariarne Titmus and Katie Ledecky have their third head-to-head battle of these Games in the Women’s 800m Freestyle Final; and the decider of the first-ever Mixed 4x100m Medley Relay.

Hungary’s Kristof Milak swam a good heat in this event on Thursday night when winning in a time of 50.62. The 21-year-old will be up against the world-record holder, Caeleb Dressel, which will make it hard for him to win gold, but he comes into this race with plenty of confidence after winning the 200m Butterfly Final. Milak won this event at the Youth Olympics in 2018, the World Championships in 2019 and the European Championships in 2020, so you most certainly cannot put a pen through his name. Dressel swam his heat in 50.39s in Olympic-record time, and that was on the back of winning gold with another OR earlier in the day in the 100m Freestyle Final, so it is hard to see anyone beating him in this.

Kristof Milak to win a medal

Australia’s Kaylee McKeown dug deep in the 100m Backstroke Final to win her maiden gold medal, and that effort has put her right up the top of the market for this race. The 20-year-old from Redcliffe won silver in this event at the World Championships at Gwangju in 2019 behind Regan Smith, but the American has elected to bypass this event in these Games. McKeown does her best work at the end of her races, so we expect she will be even better at the back end of 200m. She is a short-priced favourite at $1.40, but it’s hard to go against her. With all going well through the semi-finals, four-time Olympian Emily Seebohm should also be a live medal chance for the Aussies.

Our patriotic duty is to stick with our new golden girl, Ariarne Titmus, as she looks to spoil the party for Katie Ledecky for the third time in these Games. After winning both the 200m and 400m finals, Titmus has set herself up nicely to snag a third gold medal at Tokyo 2020. While she did finish second in her heat and only sixth fastest into the final, Titmus had had a taxing couple of days, so a day off on Friday will do her the world of good. Ledecky is one of the greatest swimmers of all time and a deserving favourite in this event after winning gold in the 1500m Freestyle on Thursday and then qualifying fastest for this final, but we are confident that Australia’s rising star can serve it up to her again.

The United States will go into this event as the firm favourites, but the Great Britain squad have been going well and won their heat against the USA in nice style on Thursday night. Adam Peaty won gold in the 100m Breaststroke, Kathleen Dawson finished sixth in the 100m Backstroke, James Guy won bronze at the European Championships in 2020 for the 100m Butterfly and Freya Anderson swam the quickest of her team’s splits in the 4x100m Freestyle Relay on Sunday. While this team may not be who they take into the final, it would be a competitive side should they keep the squad that won the heat. Australia won the other heat on the night and will likely have a strong team for the inaugural staging of this event at the Olympics.