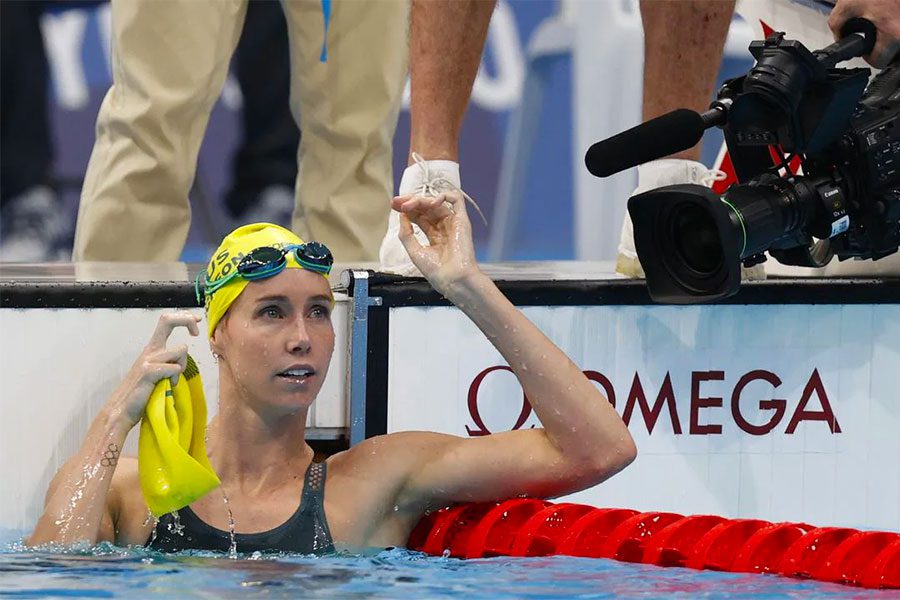 BettingSite brings you the best bets for the four medal events in the swimming on Day 7 of the 2020 Tokyo Olympic Games: Women’s 200m Breaststroke, Men’s 200m Backstroke, Women’s 100m Freestyle, and Men’s 200m Individual Medley. Emma McKeon and Cate Campbell headline the morning for Australia, as they are a red-hot chance to quinella the Women’s 100m Freestyle Final. The Men’s 100m Butterfly Semi-Finals will start the morning session, with the Women’s 200m Breaststroke Final kicking off the medal swims at 11:41am AEST.

South Africa’s Tatjana Schoenmaker was only narrowly beaten by Lydia Jacoby in the Women’s 100m Breaststroke Final on Tuesday morning after setting an Olympic record during the heats. The 24-year-old has not missed the top two podium spots in this event in the last five years, finishing second in the event at Taipei in 2017 and again at Gwangju at the World Championships in 2019, while she won gold at the 2018 Commonwealth Games and at the Summer Universiade at Naples in 2019. Schoenmaker has been the African Swimmer of the Year for the past three years and looks ready to bring home her first Olympic gold medal in her pet race.

Luke Greenback failed to fire in the 100m Backstroke on Sunday, finishing sixth in his heat, but history suggests that it is 100m short of his best. The British swimmer finished third in this event at the World Championships at Gwangju in 2019 and second in the European Championships at Budapest in 2020, finishing behind Evgeny Rylov on both occasions. Rylov is the hot favourite to win this after setting a new European record in taking out gold in the Men’s 100m Backstroke Final on Tuesday. The Russian will be ultra-hard to beat, but we are confident Greenbank can sneak onto the podium once more.

Luke Greenbank to win a medal

Australia won its first gold medal at these Games through the Women’s 4x100m Freestyle Relay, and while the team put together a new world record, that was all thanks to Emma McKeon’s slashing 51.35s split. The 27-year-old Brisbane local is yet to win this race in any of her attempts at the Olympic Games, Commonwealth Games or World Championships, but we typically see her in the relay and butterfly events. McKeon may well be in the form of her career, and we are confident she can do enough to win her first individual Olympic gold medal.

In what looks to be a very open race, American star Michael Andrew looks like the one to beat. The 22-year-old finished fourth in the 100m Breaststroke Final on Monday and is consistently around the mark in the other disciplines, including a win in the 50m Freestyle at the Pan Pacific Games at Tokyo in 2018. Not only will he swim a strong freestyle leg, Andrew was ranked number one in the world for the 100m Butterfly in 2019 during the World Swim Series. This is the race he is there to win.