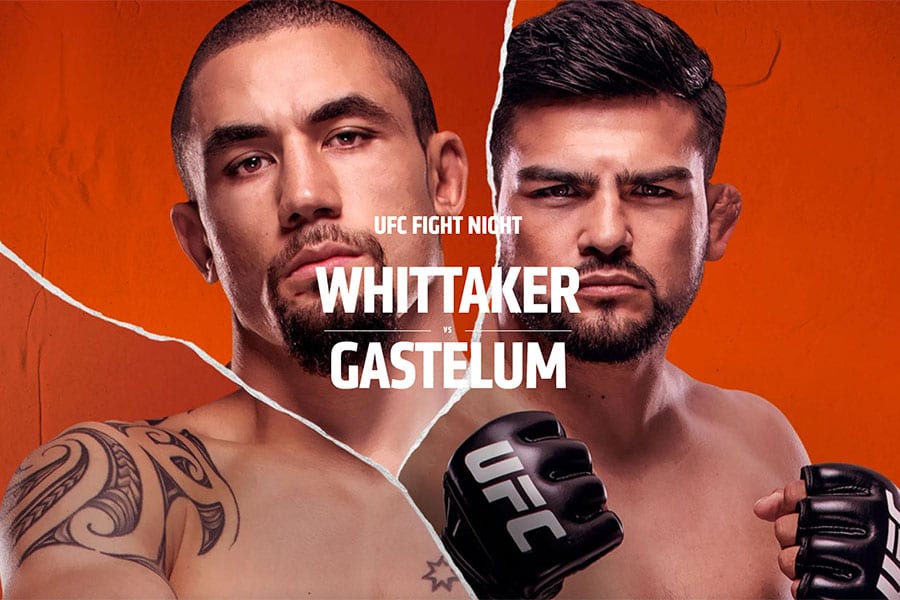 Robert Whittaker was originally scheduled to fight Paulo Costa in the UFC Vegas 24 main event this Saturday before Costa was forced to withdraw from the fight due to a severe flu. Kelvin Gastelum has stepped in and will try to re-establish himself as a middleweight contender with an upset win at the UFC Apex in Las Vegas this Saturday night.

Whittaker (22-5-0) is ranked no.13 in the UFC’s pound-for-pound rankings and is the best middleweight fighter in the promotion not named Israel Adesanya. Adesanya’s knockout win over Whittaker for the UFC Middleweight Championship at UFC 243 was the former champion’s only loss since February of 2014. Whittaker is 11-1 over his last 12 fights, including a convincing win over Jared Cannonier last time out at UFC 254 in October.

Gastelum (16-6-0) finally got back in the win column at UFC 258 in February when he defeated Ian Heinisch by decision. Before that result, Gastelum had gone just 2-4 over his previous six fights, including three straight losses to Adesanya, Darren Till, and Jack Hermansson. But while Gastelum has struggled, an upset over a fighter of Whittaker’s calibre is exactly the type of outcome that could put a fresh spin on those struggles. After all, losing to Adesanya is always forgivable, and the loss to Till was a razor-thin split decision.

Stylistically, this shapes up to be a very fun fight. Whittaker is a high-volume kickboxer and Gastelum is a boxer that is more than happy to keep pushing forward even when taking shots. Both of these fighters should be comfortable trading blows in the center of the octagon, even though they both also have solid wrestling chops to fall back on if the fight makes its way to the mat.

Gastelum has an iron chin and has never been knocked out in his professional career. Each of Whittaker’s last four wins have come by decision. All signs point to a decision win for the Australian; his striking volume and efficiency will just be too much for Gastelum to handle over a five-round fight. Those who want to take a shot on Gastelum are best served betting on the knockout, as that’s his most realistic path to an upset, but we see the favorite grinding out a victory and putting himself in position for another title shot.