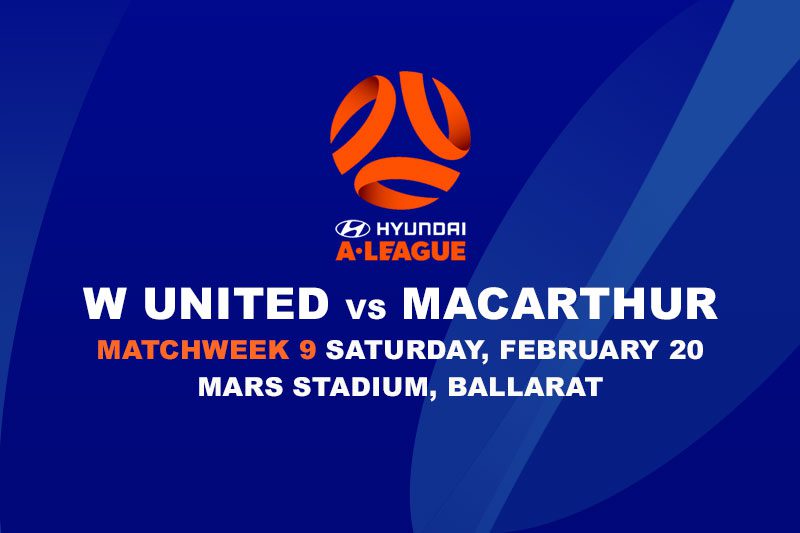 It is a battle of the new kids on the A-League block as Western United host Macarthur FC on Saturday afternoon at Mars Stadium in Ballarat. Despite sitting second last on the ladder, United are $2.25 favourites with online bookmakers, while the second-placed Macarthur are paying $3 to snatch a win on the road. Kickoff is set down for 5:05pm AEDT.

Having won three of their last five games, it is hard to understand why Macarthur FC are outsiders against a Western United side who have only tasted success once in that time. In the past two weeks Macarthur brought an end to the hot form of the Brisbane Roar and then backed it up with a 4-0 demolition of Adelaide United. Marquee signings Mark Milligan and Matt Derbyshire both hit the score sheet last week, with the latter netting himself a hat-trick. Another performance like that against the struggling United should see the visitors leave Ballarat with the three points.

Given the confidence Macarthur FC are playing with, you would think we would see a few goals in this contest. Western United have covered this line in three of their past four games, as have Macarthur. The defence of Western United has leaked plenty of goals this season, and it could be a similar story this Saturday.

The 3-2 loss to the Central Coast Mariners last time out marked the first time since round five that Western United got on the board in the first half. Any games they are involved in has the potential to start out as a cagey affair before opening right up in the second half. Macarthur FC have only scored once in the first half in their last four games, with seven of their eight goals coming after the interval. Expect an even contest early and then watch the ball bulge the back of the net a few times in the second half.