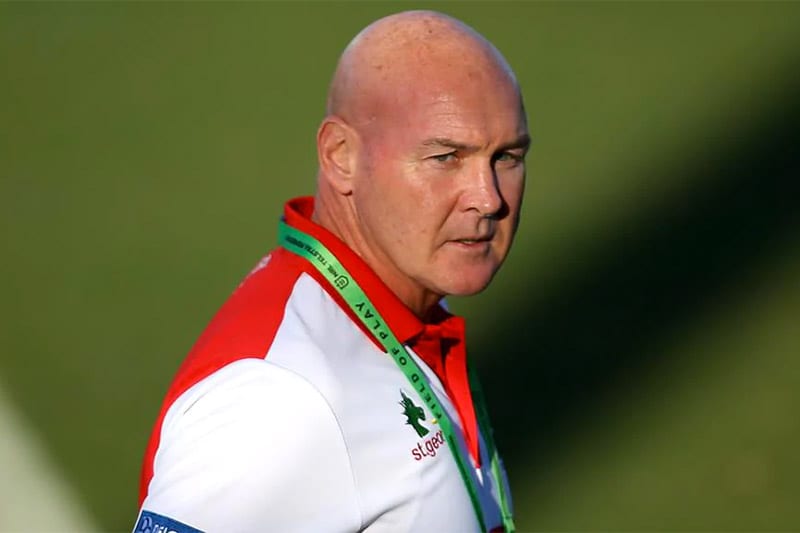 A busy week in sport has brought forth a variety of news stories and events. With seven headlines ranging from footy to baseball, here’s the latest in the sporting world.

Paul McGregor has coached the St George Illawarra Dragons for the past seven years, but it was announced on Thursday that his tenure will come to an end after Friday’s clash against the Parramatta Eels.

When we heard an NRL coach had been sacked, we were surprised to find out it wasn’t Anthony Seibold of the Brisbane Broncos, who is hanging by a thread with just three wins this season and a -223 points differential.

It is understood McGregor’s sacking stemmed from a recent discussion with Dragons CEO Ryan Webb about his frustration with the club’s four-man selection panel, which took away his ability to pick his preferred team.

Former assistant Dean Young will fill in as interim coach for the rest of the NRL 2020 season.

We have thoroughly enjoyed the revamped NBA in Florida’s bubble, as the race for playoff seedings is providing some unbelievable basketball.

It was originally a two-horse affair between the Memphis Grizzlies and New Orleans Pelicans for the eighth spot in the Western Conference, but the situation has changed completely in the last two weeks.

Damian Lillard and the Portland Trail Blazers are in the best position to finish in the top eight as they prepare for their must-win game against the Brooklyn Nets.

Lillard has been phenomenal during the bubble matches despite some off-court drama, dropping 51 and 61 points in his last two games.

Devin Booker is on a roll with the Phoenix Suns, who have stormed into postseason contention with an unbeaten run since the restart.

Since the Los Angeles Lakers have clinched the first seed in the NBA West, whoever manages to qualify for the playoffs will need to tackle LeBron James and Anthony Davis in the first round.

We think Lillard is the man for the job after joining the great Wilt Chamberlain in the history books as only the second player to have three 60-point games in a single season.

As we return to something resembling a normal schedule in round 12, now is a great time to check in on the major AFL 2020 betting markets.

The West Coast Eagles have bolted to the top of the premiership market with six straight wins, and Sportsbet.com.au has them at $5 to win their second flag in three years.

Richmond has the second-shortest odds at $6, even though the Tigers went down to Port Adelaide last Saturday in one of the games of the season.

Ken Hinkley’s Power have led the competition for much of the season, and their $7.50 odds suggest plenty of punters believe they can make an impact in the finals.

A big win over the Western Bulldogs has placed the Brisbane Lions in a perfect spot to attack the finals, and their $7 price could drop even lower if they put away North Melbourne this week.

You won’t find a better time to jump on Collingwood, who have drifted out to $13 but could finish the year strong with several stars set to return from injury in the next few weeks.

There are three fights on the UFC 252 main card this Sunday (AEST) that we have our eyes on, as anything can happen when these talented fighters enter the octagon.

Junior Dos Santos and Jairzinho Rozenstruik will clash in the heavyweight division, and we like the latter at $1.72 with Sportsbet despite his recent loss to the great Francis Ngannou.

Our current favourite UFC fighter will feature in the co-main event when Sean O’Malley tackles Marlon Vera in the bantamweight division, where ‘Suga’ and his unique skills are impossible to ignore at $1.30.

The UFC 252 main event will be the third fight between Stipe Miocic and Daniel Cormier, and online bookmakers are giving ‘DC’ the slightest edge at $1.85 to reclaim the UFC Heavyweight Championship title.

For the latest odds on every fight, see our top-ranked UFC betting sites.

Jacinda Arden continues to make New Zealand one of the safest countries on the planet, and it might be the perfect place for Aussies to play cricket in the summer.

This year’s proposed One Day International series against the Black Caps was cancelled, as NZ closed its borders earlier than most countries in March due to COVID-19.

After announcing the T20 series scheduled for January 2021 will go ahead, New Zealand Cricket CEO David White said the ODI matches could be resumed as well.

The Australian team may be forced into quarantine bubbles, but it looks like we will have some international cricket this summer after all.

At just 23 years of age, Collin Morikawa created history in his recent victory at the 2020 PGA Championship golf tournament in San Francisco over the weekend.

Jason Day gave Aussies hope with a first-round 65 and battled long into the final day, but his 10-under total was only good enough for a share of fourth place.

A stunning eagle on the par-four 16th was the highlight of the day as Morikawa closed with a 64 to clinch a two-shot victory at 13-under.

Not only is the California native the third-youngest winner in PGA Championship history, he is also the youngest male golfer to shoot sub-65 in the final round of any major event.

Baseball has been trending heavily on social media after the MLB’s recent restart, and talks have emerged of a possible bubble for the postseason.

ESPN reporters have stated that creating a bubble similar to the NBA and NHL would be difficult for baseball, as the outdoor sport requires far more space than a basketball court, but a format has been suggested that could help save the MLB.

The MLB playoffs recently expanded to 16 teams from the previous 10, meaning three different locations would be needed to fit each team’s 30 players.

Since the St Louis Cardinals and Miami Marlins have both experienced season-defining COVID-19 issues, a bubble looks like the safest way to ensure the postseason goes ahead.