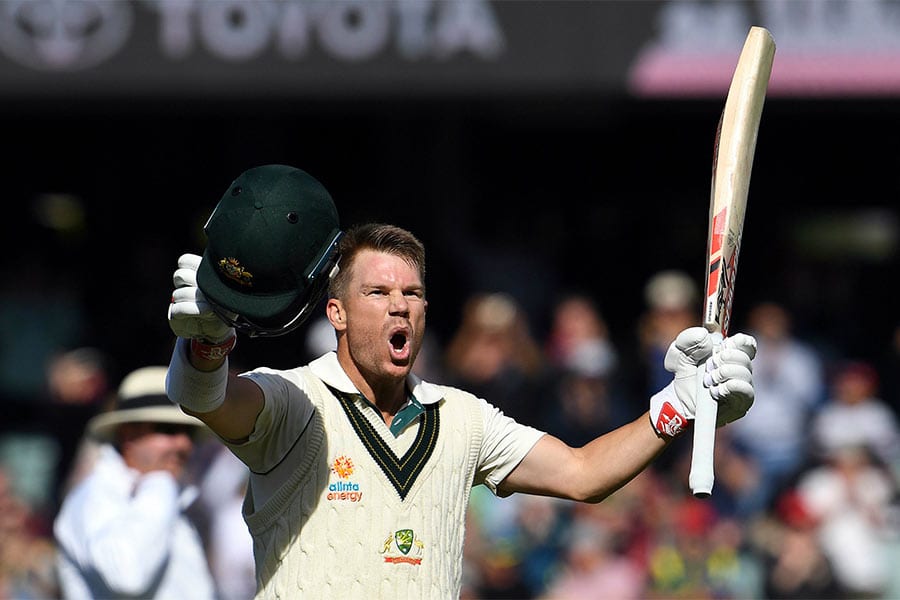 It was a miserable start to the summer in some parts of Australia, but there was plenty to smile about in sport and racing over the weekend. Here are the highlights, starting with a big upset at Ascot.

The Winterbottom Stakes provided a $13.10 winner as Hey Doc led from the middle to take out the $1 million sprint.

Calvin McEvoy, son of Tony McEvoy, entered the six-year-old with confidence and picked up his first Group 1 title as Hey Doc won his ninth race out of 23 starts.

Hot favourite Trekking finished fourth despite starting at $2.30 with some online bookmakers, more than $5 better than the next-best runner.

Australia won the toss and decided to have a bat at the Adelaide Oval on Friday afternoon, and the rest is history.

It was David Warner and Marnus Labuschagne who stole the show, partnering for 361 runs before Labuschagne fell on 162.

Warner knew he was having a good one, but he would not have suspected he would go on to make 335 not out before Aussie captain Tim Paine declared the innings late on the second day.

The New South Welshman’s maiden triple-century was the first-ever Test 300 at Adelaide Oval, the 10th-highest individual score in Test cricket, and the second-highest Australian Test score behind Matthew Hayden’s 380 against Zimbabwe in 2003.

It was a special Saturday for Warner, who rose to the occasion for what would have been the late Phil Hughes’ 31st birthday.

With 29 of the 30 NBA franchises suiting up over the weekend, there were plenty of individual efforts that made headlines.

Carmelo Anthony deserves all the attention that is coming his way. His 23-point, 11-rebound double-double in the Portland Trail Blazers’ four-point win over the Chicago Bulls proved to all the critics that he deserved another shot in the NBA.

Giannis Antetokounmpo played two matches over the Australian weekend and scored a total of 59 points, but it was a previous MVP that stole the show.

James Harden scored 60 points as the Houston Rockets romped to a 47-point win over the the Atlanta Hawks on Sunday. It was his fourth 60-point game, putting him equal with Michael Jordan for the third-most career 60-point games. Harden only played for 30 minutes but hit eight three-pointers and went 20/23 from the free-throw line.

The A-League has a new leader after Sydney FC defeated Western United 2-0 to jump ahead of Melbourne City, who had the bye in Round 8.

Despite housing the 2015-16 A-League Golden Boot winner Bruno Fornaroli, Perth sits 11th on the ladder with only a single win this season.

Adelaide United had a poor match against Wellington Phoenix, losing 2-1 at home to slip four points behind second-placed City.