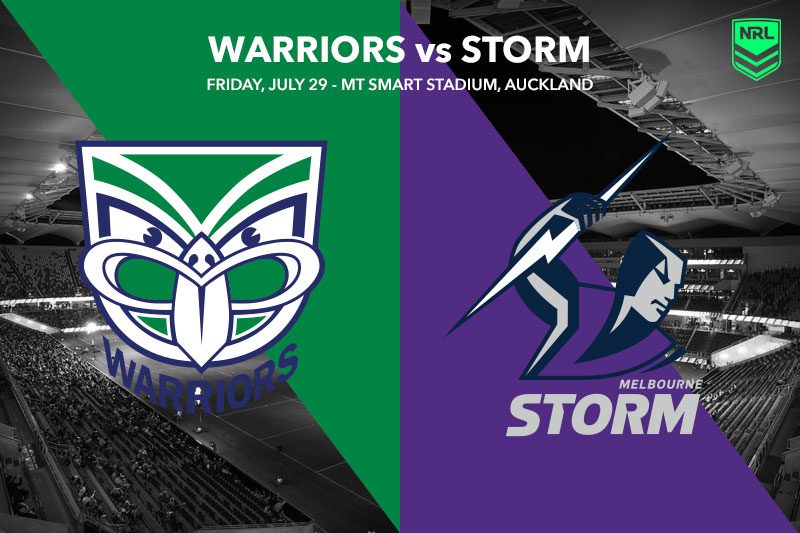 The Melbourne Storm have hit their lowest ebb in seven years, but will a trip across the ditch to Auckland this Friday be just what they need to resurrect their NRL campaign?

It will be just the second game at Mt Smart Stadium since the COVID-19 pandemic started, so will that spur the Warriors on to securing their sixth win of the season?

The Warriors produced 40 minutes of terrific football down in Canberra before they were ultimately overrun by a side with more class than them. What would have impressed their coach, however, was how many try-saving tackles they were able to produce in the first half to give them a 14-0 lead.

The flipside to that was knowing that it would crumble in the second half. Everyone watching the game last week had the feeling that halftime came at exactly the wrong moment for the Warriors and their poor play would eventually creep in. They have a good 20-40 minutes in them, but in the NRL that will only get you to a certain point.

While the Warriors are the $4.20 head-to-head outsider with the online bookmakers, perhaps there is some money to be made on the halftime/fulltime combo of Warriors/Storm at $7.50. Melbourne’s backline is unrecognisable, and scoring points has been a big problem for them in recent matches. With a big home crowd behind them, the Warriors will absolutely produce their best period of football in the first half, so the $7.50 is worth a shot.

The Storm have lost four in a row for the first time since 2015, and coach Craig Bellamy was particularly scathing about his players in the post-game press conference after the loss to South Sydney. While a 12-point defeat would suggest they weren’t that far away, the statistics and vision of the match told a completely different story.

During the 2015 season the Storm had a losing streak similar to this, but Bellamy’s public comments were more about how they just weren’t sticking to their processes for long enough and they would ultimately sort it out. They ended up with a home preliminary final once they made the changes, but will this side be able to replicate that? The coach’s comments indicated far more is wrong than just playing better for longer, so take the $1.23 odds at your peril.

The -13.5 line feels too long for this game given Melbourne’s form, so perhaps it is another week where we look toward some other markets. Cameron Munster to score a try and the under 42.5 total points for the game would be two places punters should look.

The battle of the sevens is where fans’ attention will turn for this game – Shaun Johnson, back at the ground where he has countless awesome moments, up against the incumbent Kiwi Test halfback. That alone is worth the price of admission, comfortably. Jahrome Hughes came up with a terrific 40/20 in the loss and has still been running the ball well in recent weeks, while Johnson has forced 15 line drop-outs in 2022. For the Warriors to win, that will be the key: where does Johnson give the ball back to a team low on confidence?

Expect the Storm to grind out a win in ugly fashion by 10 points. The home crowd factor for the Warriors will keep the game close.

Warriors +13.5 with Cameron Munster and Adam Pompey to both score tries adds up to a $21.46 return at BetOnline.