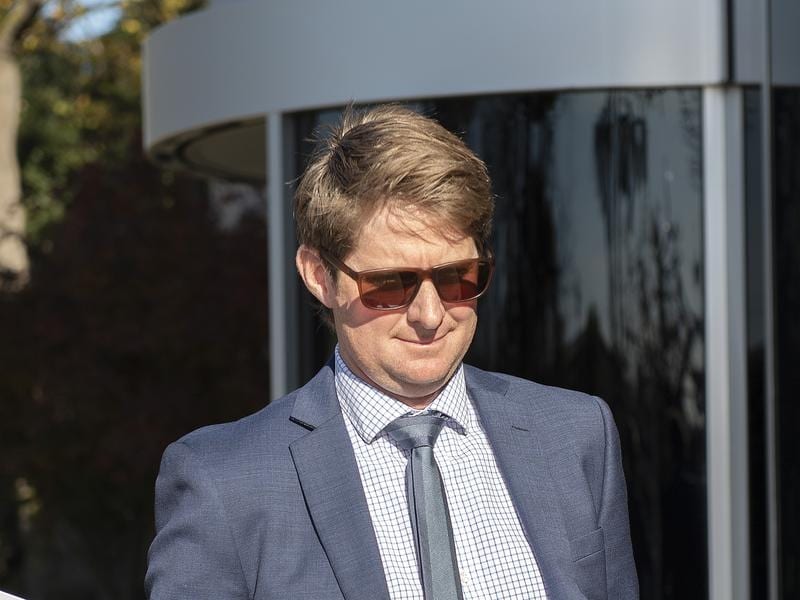 Horse trainer Jarrod McLean says police gave information to Racing Victoria so it could charge him.

Victorian horse trainer Jarrod McLean has accused police of unlawfully giving the state’s racing body information to charge him after a raid.

McLean alleges Victoria Police passed on to Racing Victoria details of items seized during the execution of a warrant at his Yangery stables, near Warrnambool in January.

But police lawyers argued in the Victorian Supreme Court on Wednesday that the force should disclose potential wrongdoing to regulators.

“There is a stand-alone, common law … duty, power or function which empowers a police officer to disclose information of potential wrongdoing that a police officer has gained in the performance of his or her duties and functions in conducting a criminal investigation to the relevant regulator,” barrister Paul Holdenson QC said.

Police officers in the investigation “engaged with absolute propriety”, he said.

The investigation was in the public interest to maintain the integrity of the racing industry.

“Who wants to have a bet in the race when the participants in the race are cheating,” Holdenson said.

Earlier, McLean’s barrister said police passing the information on was an unlawful disclosure.

“There is no reason not to grant relief in this case when the racing authorities have had information relayed to them … which we contend is abuse of power and an unlawful disclosure by police,” Andrew Broadfoot QC said.

The racing body also planned to charge McLean with administering a prohibited substance to a horse to affect its performance in a race, court documents show.

However it was revealed in court the animal has since died.

“The animal concerned died some five years ago,” Broadfoot told the court.

The racing body also wanted to charge McLean with possessing a prohibited substance and refusing or failing to give evidence to stewards, after opening a fresh inquiry following information received by police in August.

The judge ruled many of the documents central in the case must remain temporarily confidential.

Racing Victoria says police did not provide it with items seized during the search, with the sporting body adding it also did not reply to them during its inquiry into McLean.

But McLean has gone to court in a bid to stop Racing Victoria charging him based on information received from police or relying on it in any disciplinary proceedings.