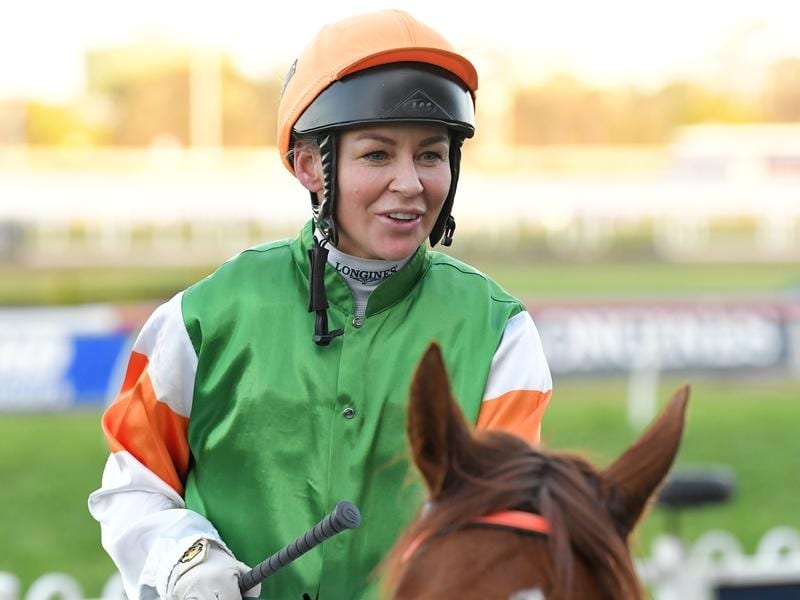 Kathy O’Hara’s ban for using her mobile phone during race days was reduced to five weeks on appeal.

Kathy O’Hara has had a three-month ban for using her mobile phone during race days reduced from 13 weeks to five.

At an inquiry earlier in September, O’Hara pleaded guilty to using her phone in the jockeys’ room on 65 occasions during a 12-month period.

Riders are not allowed to use their phones during a race meeting.

While Racing NSW stewards found she had used the phone against the rules, an examination of her text messages found they were of a personal nature and raised no integrity concerns.

O’Hara’s suspension was reduced at her appeal on Wednesday.

She began serving the ban on September 18 and will be able to ride again on October 23.

O’Hara’s partner, Charlie Duckworth, a licensed foreman with the Chris Waller stable, had a $2000 fine reduced to $500.

Duckworth had pleaded guilty to messaging O’Hara and engaging in conversation during a race meeting.

Sam Clipperton also had a partial win with the NSW Appeal Panel, with his one-month suspension on a handling charge reduced to three weeks.

Clipperton was outed for not giving Irish Songs every chance to gain the best possible position in a race on August 17.

Clipperton begins his suspension this week and can return on October 19, the day of the $14 million Everest.