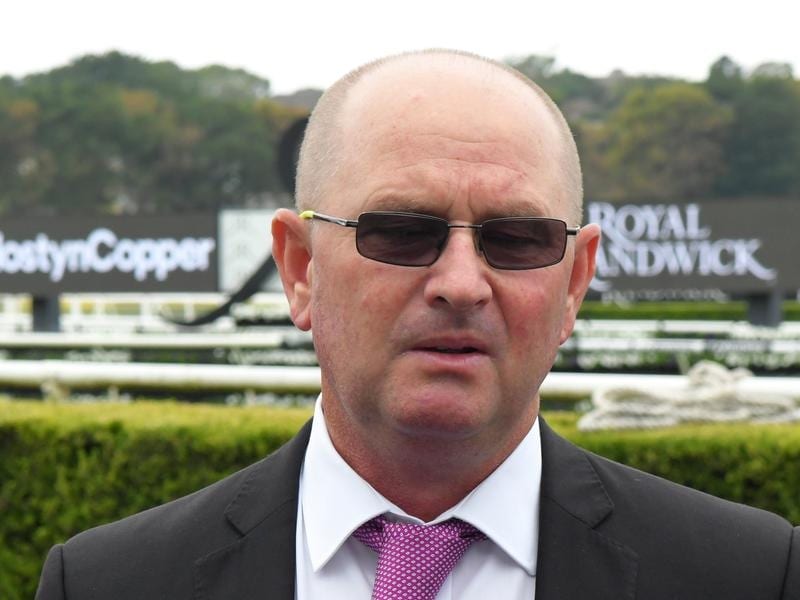 Trainer Toby Edmonds has landed winners at Doomben and Grafton within the space of five minutes.

Toby Edmonds trained a two-state double within five minutes when Churning won at Doomben on Wednesday.

Churning ($4.60) lived up to her good recent stakes race form when she held on to beat Red Chase ($5) in a driving finish.

Only minutes earlier Edmonds won the Listed Ramornie Handicap at Grafton with Havasay.

Edmonds only got Havasay in the past week because the gelding’s usually trainer Liam Birchley is banned from having runners in NSW.

It was the same situation as last year when Edmonds also took over Havasay for the one run which also resulted in a Ramornie win.

Churning has been a long-term project for Edmonds and the win gave him a special thrill because it was possibly the last winner his regular jockey Jeff Lloyd rides for him.

“She is a nice filly who found plenty when challenged,” Lloyd said.

The race was transferred from Saturday’s Doomben meeting when heavy rain forced cut short the card.

Earlier, trainer Bruce Brown continued to reap the benefits of his broodmare Heavenly Belle when Heavenly Journey ($3.30) won a maiden over 1350m.

“The only foal she has had to race who didn’t win is Amadila Diva. She was placed at her only start before being retired with an injury,” Brown said.

“But Amadila Diva has now got a winner as she is the dam of Heavenly Journey.

“One thing the whole family love is wet tracks so there were no worries for Heavenly Journey on the wet track today.”

The biggest surprise about Lips ‘N’Hips win in a benchmark race was her starting price of $20.

“She had no luck at all at her previous start at Ipswich and she usually races well at Doomben,” trainer Stuart Kendrick said.