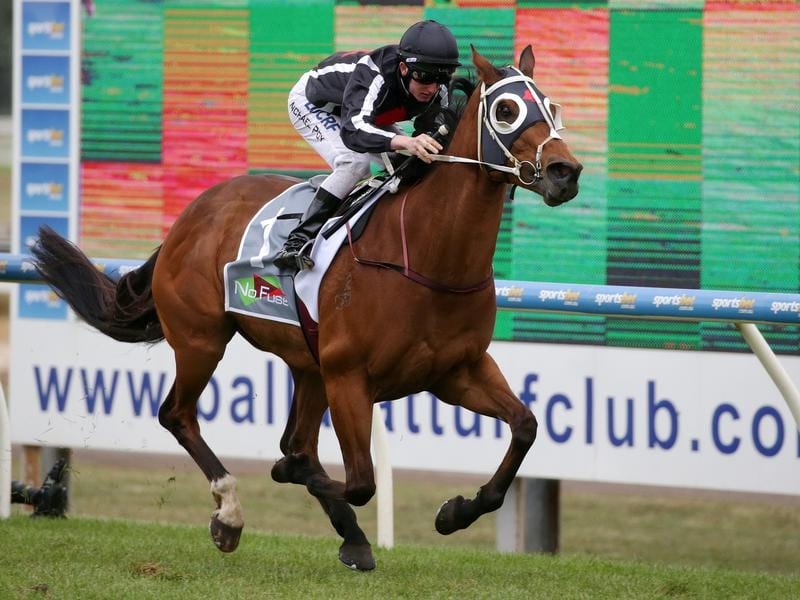 The horse who gave Michael Poy his first metropolitan winner is a chance to also land Melbourne’s leading apprentice his first stakes race success at Caulfield.

Poy is unbeaten from two rides on popular sprinter Jungle Edge and has been called on again to ride the Mick Bell-trained gelding in Saturday’s Group Three Sir John Monash Stakes (1100m).

Poy first rode eight-year-old Jungle Edge to victory on Ballarat Cup day last November and with that meeting carrying metropolitan status it brought up the first city win of the young rider’s career.

The apprentice did not get back aboard Jungle Edge until last month at Sandown when he rode the front-runner to another win in a 1200m handicap on a soft track.

After opting to remain in Melbourne to ride when Jungle Edge finished third in the Winter Dash in Sydney at his most recent start, Poy is looking forward to the opportunity to ride the gelding again on Saturday despite not being able to utilise his 2kg city allowance in the weight-for-age race.

“Credit to Mr Bell, he has given me the ride again,” Poy said.

“They did offer me the ride in Sydney last start but I elected to stay here and watch it. He ran a good race for third.

“We’ve drawn barrier 14 on Saturday but from the 1100-metre start at Caulfield we’ve got a lot of time to cross them, and we’ll roll across.

“Hopefully the rain comes and it can be a heavy track and we’ll be pretty hard to beat, hopefully.”

The 20-year-old has ridden in four Listed races but the Sir John Monash Stakes looms as the first time he will compete in a Group race.

“I had an emergency in the Derby in Adelaide but that horse (The Mallee Mob) never gained a start,” Poy said.

“That was my closest I’ve been to a ride in a Group race.”

Caulfield was rated in the soft range on Wednesday.

Jungle Edge, a noted wet tracker, was $8 in an early market with the James Cummings-trained mare Soothing, who will be first-up on Saturday, the early $3.90 favourite in the field of 14.