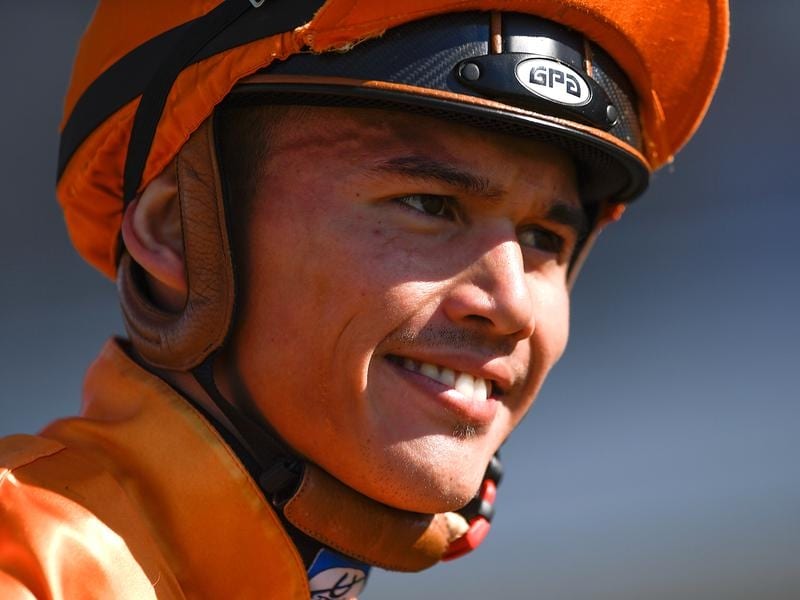 Matthew McGillivray has ridden Havasay to win the Listed Ramornie Handicap at Grafton.

Queenslander Havasay has become the first horse in more than a decade to score back-to-back wins in the Ramornie Handicap, producing a barnstorming finish to grab victory in the final bound.

Matthew McGillivray settled Havasay towards the rear and the horse relished the strong tempo set by Whypeeo.

Charging down the outside, Havasay overhauled Star Boy in a photo finish to become the first horse since The Jackal in 2007-08 to win the Grafton feature in successive years.

The win wasn’t without controversy with Havasay formerly trained by Liam Birchley who is banned from running horses in NSW.

Havasay was switched to the stable of rival trainer Toby Edmonds for both his Ramornie Handicap wins, returning in between to Birchley who remains permitted to train in Queensland.

The horse hadn’t managed a place in nine starts since his 2018 Ramornie Handicap victory but returned to his best form on Wednesday to remain unbeaten in three starts at Grafton.

Godolphin four-year-old Haunted was sent out favourite for the Ramornie but dwelt at the start and he struggled to find clear running in the straight and was never a serious threat.

Jay Ford looked set to win his second Ramornie since guiding grand sprinter Takeover Target to victory in 2004 when Star Boy hit the front in the final 100m only to be run down by Havasay on the line.