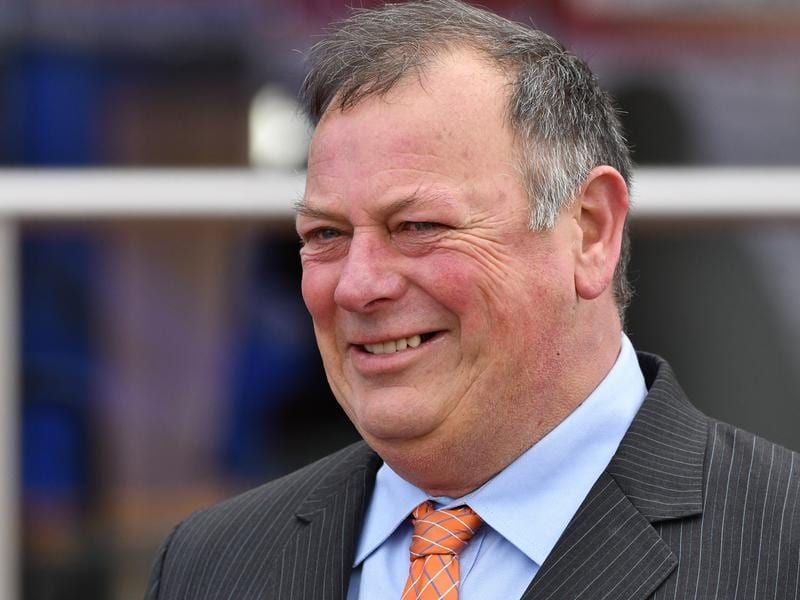 Trainer Mike Moroney hopes Tofane can boost her rating at Sandown to qualify for better races.

Trainer Mike Moroney has stakes race plans in the spring for Group-placed Tofane but first the lightly raced mare needs to boost her rating.

Moroney hopes Tofane can start the process at Sandown on Wednesday when the four-year-old resumes in the MRC Membership Renewal Handicap over 1000m.

Tofane, who has a handicap rating of 73, has won one of her four races and will be having her first start since finishing second in the Group Two Euclase Stakes (1200m) for three-year-olds in Adelaide in early May.

“She is down in the ratings and a lot of these mares’ races are based on ratings to make the field, so we’ve got a little bit of work to do to get her up racing in black-type again, even though she’s been placed in a Group Two,” Moroney said.

“It was her very first preparation and I’d expect her to improve a lot in her second preparation. We think she’s a pretty smart mare, but we haven’t quite got a handle on her yet.”

Tofane won a jump-out up the straight at Flemington on August 12 and Moroney has decided to send her to the races over 1000m rather than give her a second hit-out.

“Rather than run around in another jump-out we might as well run around for money and try to get her points up,” he said.

“Because we badly need those rating points to go up.

“Obviously she’s going to have to win to do that, but hopefully she does.”

Moroney said Tofane had always shown ability and was a valuable mare, with her dam Baggy Green a half-sister to Group One winner Youngstar.

To be ridden by Damien Oliver, Tofane is the early $2.30 favourite for Wednesday’s benchmark-78 race with the track rated soft on Tuesday.

“It’s hard to know what to expect just off one jump-out, but her jump-out was really good,” Moroney said.

“She has won on soft and Ollie said she got through the ground really well in her jump-out the other day.”