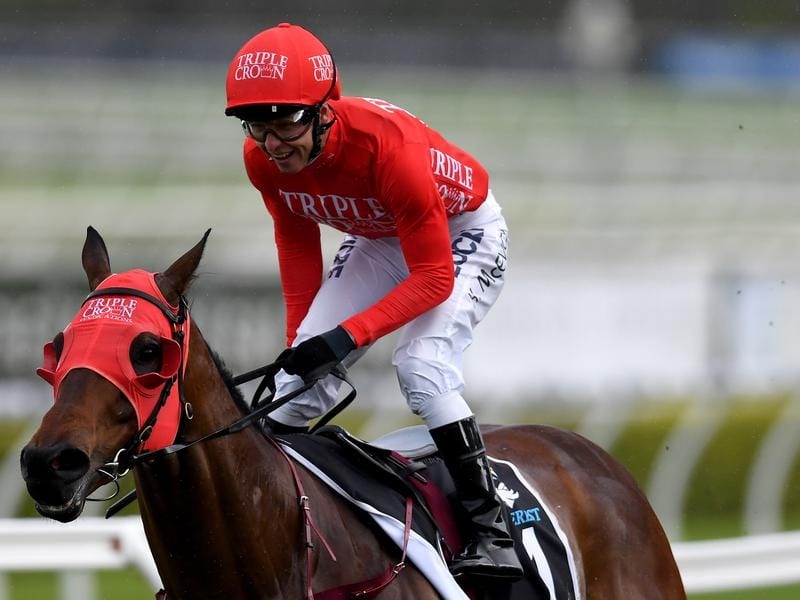 Dual Everest winner Redzel has stepped up the pace to win a barrier trial at Rosehill.

Dual Everest winner Rezel has stepped up his preparation with a dominant barrier trial win at Rosehill.

Wearing his race day blinkers on Tuesday, Redzel got down to business early and set a solid tempo with Nature Strip chasing him.

Nature Strip picked up the pace in the closing stages of the 1000m-heat to run Redzel to half a length.

The two were well clear of the rest with Beau Ideal almost four lengths third.

In the second of two trials on the course proper, former West Australian mare Enticing Star was a comfortable winner after taking charge late to beat Night’s Watch by 1-1/4 lengths.

Enticing Star is now in the care of Chris Waller and will run for the trainer in the $14 million Everest on October 19.

Redzel ran a slick 58.10s for his heat compared to Enticing Star’s 1m01s and is scheduled to begin his campaign in the Concorde Stakes on September 7.