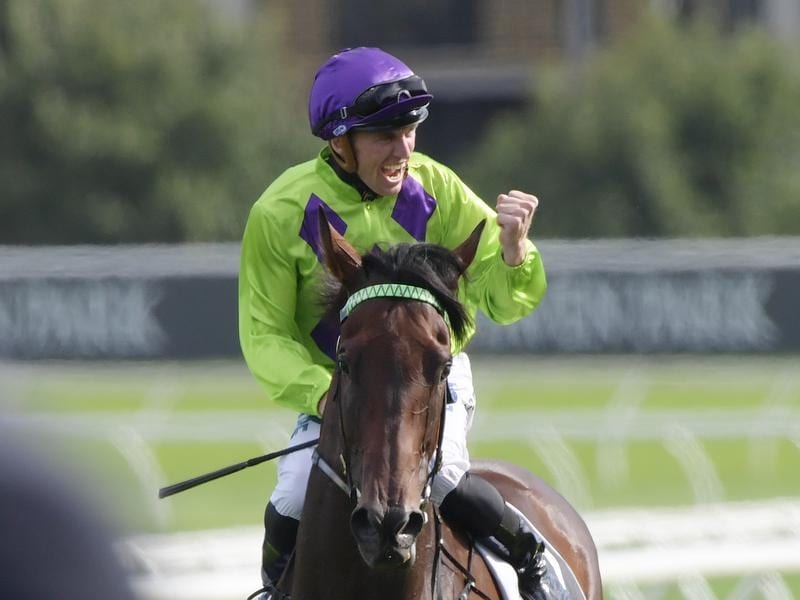 Nakeeta Jane’s racing future remains uncertain with the Group One-winning mare out for at least six months because of injury.

Trainer Mark Newnham says the four-year-old has a fractured sesamoid with further scans on Tuesday to determine the extent of the issue.

The mare pulled up lame after a gallop on Monday ahead of her scheduled return in the Show County Quality at Randwick on Saturday.

“Josh (Parr) came out to ride her and she had just galloped on the course proper at Warwick Farm and five minutes later she was lame,” Newnham told Sky Sports Radio,

“She will have five or six months off at least. If it looks like she’s coming up again then she could race in the late autumn or the Brisbane winter.

“If that doesn’t look like it will work out she’ll be off to stud.”

Nakeeta Jane, successful in the Surround Stakes, was one of two Group One winners last season for Newnham who has been training for three years after spending a long time with Gai Waterhouse before she formed a partnership with Adrian Bott.

Maid Of Heaven, another three-year-old filly in 2018/19, won the Spring Champion Stakes but has been retired to her owner John Messara’s Arrowfield Stud.