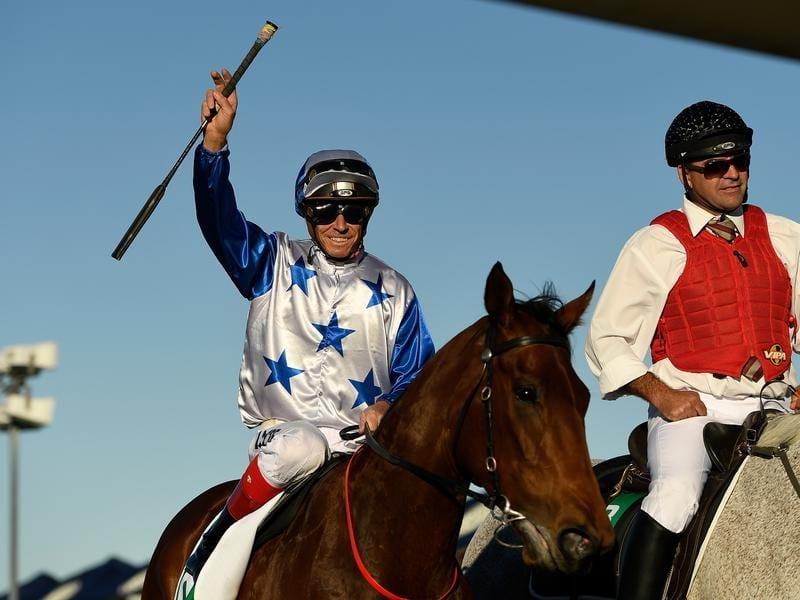 New Zealander The Bostonian has delivered a knockout blow to claim the Group One Doomben 10,000.

First-up specialist The Bostonian maintained his unbeaten Queensland record and caused a big upset when he won the $800,000 Group One Doomben 10,000 on Saturday.

In a race of sensations, the favourite Nature Strip ($2.35) was slow to jump and went around three deep before finishing fourth.

The second favourite Osborne Bulls was also slowly away and ran his fifth straight Group One placing.

The Bostonian ($41) became the first kiwi galloper to win the Doomben 10,000 since My Axeman in 1983 when he got an inside run to beat the unlucky Osborne Bulls ($2.90) by a long head with another long head to Dollar For Dollar ($41) in third place.

The gelding has now won all five of his first-up runs and all four of his starts in Queensland.

The win equalled Undue in 2006 as the longest-priced winner of the 10,000 since it went to weight-for-age.

Trainer Tony Pike and owner David Archer plotted to bring The Bostonian back to Queensland after he won three races, including the Sunshine Coast Guineas, during last year’s winter carnival.

His early carnival had been disrupted by problems but Pike was impressed with the way he handled the Queensland tracks.

Pike flew to Australia this week to watch The Bostonian work after the gelding had arrived in Australia eight days go.

However, Pike had to return to New Zealand and left stable foreman Chris McNabb to saddle the horse in the 10,000.

“We will now probably head straight to the Stradbroke Handicap (1400m on June 8),” McNabb said.

“He was here mainly for it and he is a horse which does race well fresh.”

Jockey Michael Cahill rode his last Group One winner on Russeting who took the 2009 Tatts Tiara for the late Bart Cummings.

“I had a nice run behind the pace but then it was a matter of getting a run,” Cahill said

“This horse has been really good to me.”

“I was back with the cap catchers and it was s huge run,” he said.

McEvoy said he thought he was going to win at the 200m but he could see The Bostonian threading through.

Jamie Kah said if her mount Dollar For Dollar drew a gate he would have probably won.

James McDonald said his mount Nature Strip missed the start by a length which was unusual for him.

“To box on like he did was a tremendous run under the circumstances,” he said.