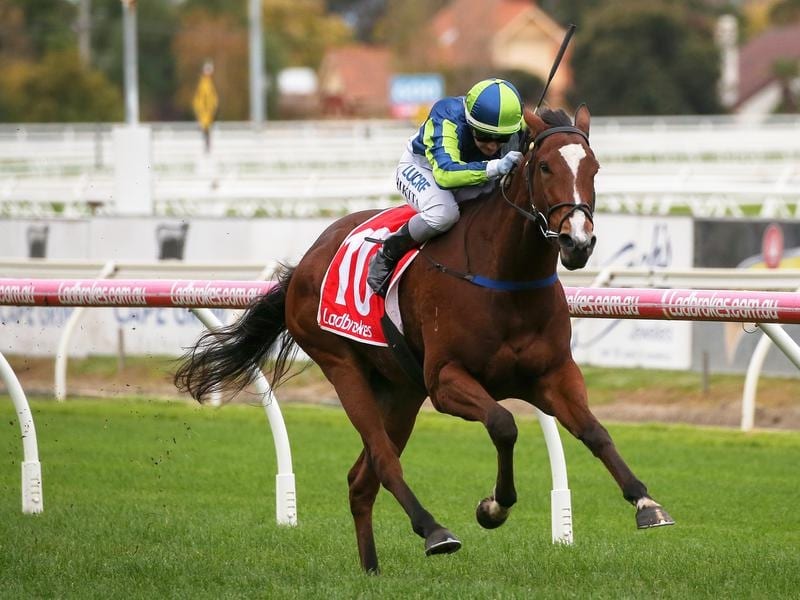 A decision to pick Caulfield as one of three options for Bam’s On Fire has paid a rich dividend.

After being kept in Victoria for a race at Caulfield, former Perth filly Bam’s On Fire has rewarded her connections with a city win over favourite Propelle.

Saturday’s Le Pine Funerals Handicap (1100m) for fillies at Caulfield was the preference for the Ciaron Maher and David Eustace-trained filly who had also been entered for the Listed Denise’s Joy Stakes at Scone and an 1100m handicap for three-year-olds in Adelaide on the same day.

After settling Bam’s On Fire just behind the speed, jockey Nikita Beriman was forced to duck back towards the inside rounding the home turn to obtain a clear run through as most of the field went wider searching for better going.

Bam’s On Fire ($7) sprinted to the front approaching the 200m with favourite Propelle ($2.15) giving chase wide out only to be denied by a half-head.

Angel Lass was another 1-3/4-lengths away third.

“She travelled beautifully and I had no other option but to go back to the fence,” Beriman said.

“I didn’t want to be there but I thought she toughed it out really well.”

Bam’s On Fire was Group-placed in Perth as a two-year-old and broke her maiden with a 5-1/4-length win at Benalla first-up this preparation, in her second start for her new stable, before adding the city win on Saturday.

“We wanted to just get a win under our belt and just gain that little bit more experience because she’s still a bit raw,” Eustace said.

“We thought about travelling her to Scone and decided against it. And that looks the right call.

“So stakes class will be her next assignment.”