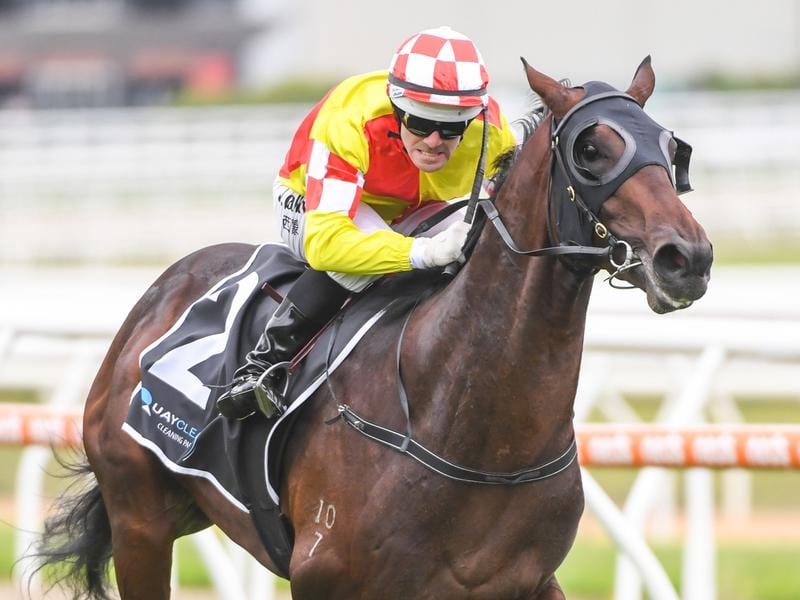 Robbie Griffiths has been training Glenfiddich by video in preparation for the Champagne Stakes.

In an ideal world ahead of a Group One race, trainer Robbie Griffiths would be supervising his horse’s final gallop live before running a close eye over his charge.

But COVID-19 has placed restrictions on life and while racing continues there are a number of protocols in place.

While horses can cross state borders, trainers and their staff cannot and must undergo 14 days quarantine before entering an interstate stable.

Those rules mean Griffiths has watched from afar as Glenfiddich prepares to run in the Champagne Stakes at Randwick on Saturday.

Griffiths has not physically laid eyes on the two-year-old since he left his Cranbourne stable two days after winning the Mornington Sires’ on March 21.

Glenfiddich has been stabled with Warwick Farm trainer David Pfieffer since and on the way to Saturday’s assignment finished sixth in the Sires’ Produce Stakes at Randwick on April 4.

“In an ideal world I would have been there for the Sires’ and then had another look at him after the Easter Yearling Sale,” Griffiths said.

“I couldn’t, but that’s the beauty of technology these days as Dave has been sending down videos of the horse.

“Technology has been good in that area but it’s not the same as having your finger on the pulse.

“We don’t really have any other options and Dave has been terrific with his reporting all the way through, so it feels like I’ve got a good handle on everything and hopefully it plays out that way on Saturday.”

Griffiths said Hyeronimus reported Glenfiddich was not suited by the “sticky, gluey” conditions in the Sires’ and the trainer hopes for firmer ground on Saturday.

“I thought his last 200 metres was good in the Sires’,” Griffiths said.

“They got away from him around the turn and in the early part of the straight, but he stuck to the task late.

“It was his first try going that way and getting out to the 1600 metres should be ideal, but more importantly the ground drying up will hopefully see him bridge the gap.

“Whether he can bridge the gap enough, I don’t know.”