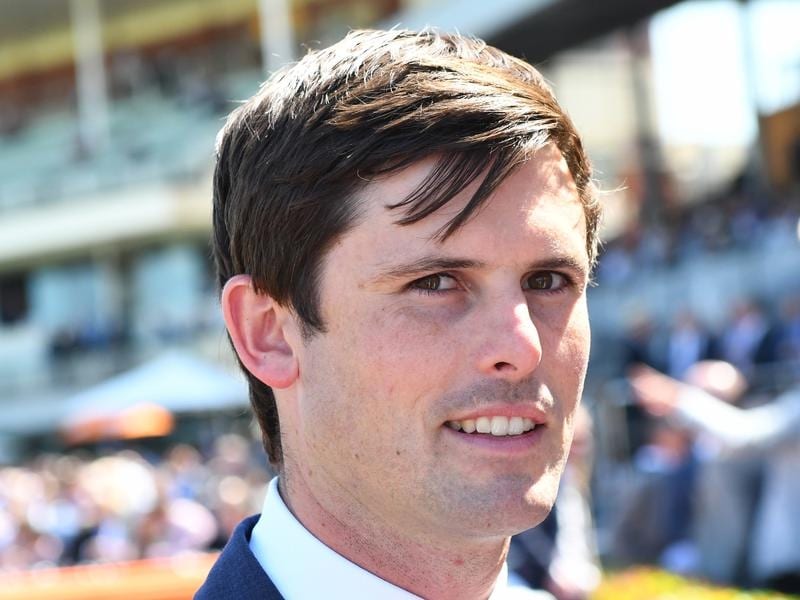 James Cummings holds the key to the final black-type race of the Sydney autumn carnival with the three top horses in the market for the Group Three Hall Mark Stakes.

Cummings will saddle up Deprive, who was $4 favourite on Friday, shading stablemate and comeback horse Kementari ($4.20) and Group One performer Trekking ($5).

With the exception of In Her Time ($9), the Godolphin trio are the only horses under double-figure odds and Cummings believes all three have genuine claims.

Kementari is back at the racetrack as a gelding after proving sub-fertile at stud, resuming with an encouraging third to Vegadaze in the Star Kingdom Stakes at his first start in more than a year.

“I can’t see him running anything but a good race,” Cummings said.

“He’s come on since his first-up run, he’s trained well and he’s showing a great attitude.”

Hugh Bowman rode Kementari first-up and sticks with him on Saturday.

He says the five-year-old wants to be a race horse despite his brief experience as a stallion and the Hall Mark looms as an ideal target.

“He has been going well and he is very enthusiastic,” Bowman said.

“He is actually very well placed. It looks a good race for him.”

Deprive has plenty of admirers after two solid campaign runs, most recently a closing fourth in the Group One Galaxy.

Unbeaten in three starts over the Randwick 1200 metres, he heads into the Hall Mark Stakes off a freshen-up and Cummings expects the horse to react well.

“He’s had four weeks off since his fast-closing fourth in The Galaxy, and he looks a little richer for it,” Cummings said.

Everest placegetter Trekking returns to defend his Hall Mark Stakes title and comes out of a strong form race after finishing midfield behind Nature Strip on an unsuitable heavy track in the TJ Smith Stakes.

He gets his preferred firmer ground at Randwick and Cummings says Trekking is “well credentialled” to close out The Championships with a win.