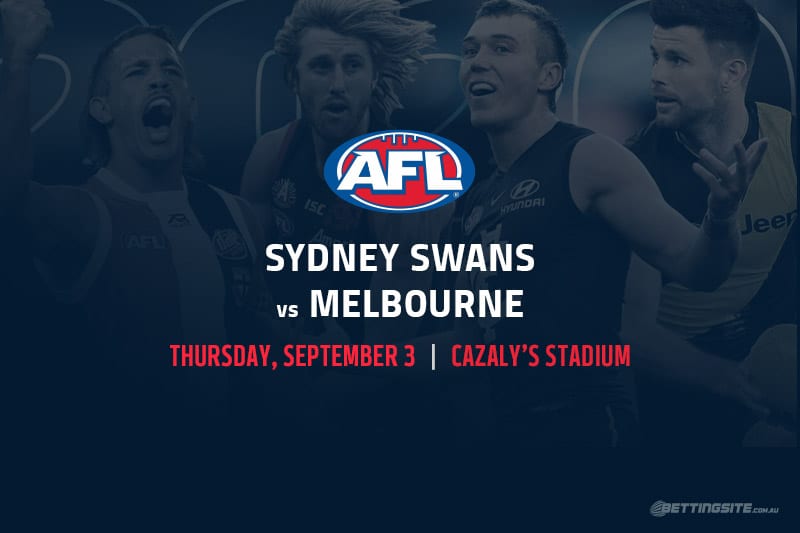 The population of Cairns will get a great look at AFL football this Thursday when the Sydney Swans and Melbourne Demons clash at Cazaly’s Stadium.

There are no more second chances for the Demons, who need to keep winning to make sure of a place in the final eight.

While the Swans are no chance to feature in the postseason, they have beaten the GWS Giants this year and pushed both Collingwood and Port Adelaide.

Sydney has won eight of the last nine matches between these two, making this a pressured game for Simon Goodwin’s Demons.

There were no major injuries for Melbourne in its win over the Saints, but Michael Hibberd picked up a sore ankle and could sit out given the Dees are coming off a four-day break.

Anything can happen for the Swans at selection as John Longmire continues to test which players he wants to keep for the future, with Kaiden Brand the only one coming off the injury list this week.

It appeared as if Angus Brayshaw had finally recaptured his best form with three consecutive 20-plus disposal matches, but he dropped off again in round 14. Averaging 22 touches in his last three outings against the Swans, Brayshaw is in a good position to get back on top of his game against Sydney’s revolving door of young midfield prospects.

Jordan Dawson has played most of his footy in 2020 as a defender, but he is no stranger to the forward line. Dawson has kicked 23 goals throughout his 38-game career, but he has kicked five goals in his last three games against Melbourne. We expect the Swans to swing Dawson forward again this week, as he’s kicked three goals in his last three outings.

Given the Swans have had the edge over the Demons in the past nine years, we won’t be expecting a blowout. Longmire’s youngsters are making the right noises and will make the Dees work for the four points.