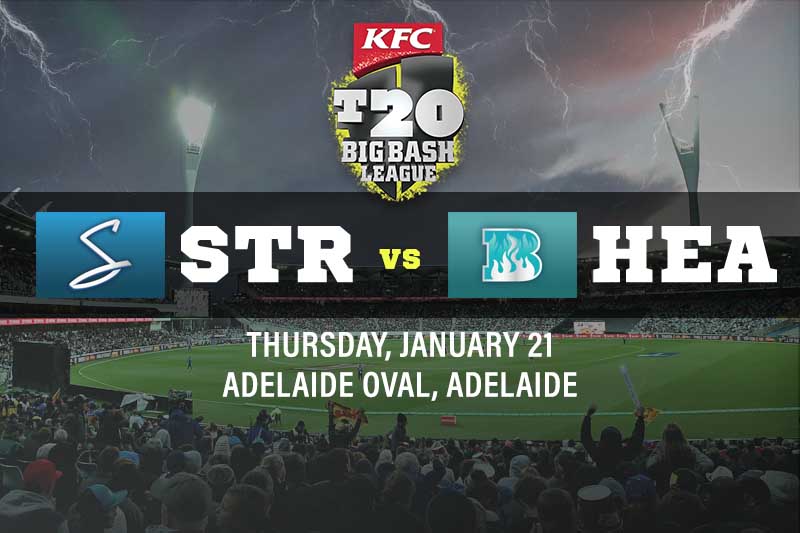 The Brisbane Heat will play their second game in three days when they take on the Adelaide Strikers in cricket action on Thursday night.

Going up against the Perth Scorcher at Marvel Stadium on Tuesday, the Heat will travel interstate to play the Strikers in Adelaide on Thursday night.

The Strikers were abysmal against the Melbourne Stars in their last match, taking only two wickets and making only 68 runs.

Since Joe Burns was dropped from the Australian Test squad and re-joined the Heat, they have been hard to beat, while Burns is on fire with the bat.

Only the top five teams will qualify for the Big Bash League Finals, and since the Heat and Strikers are placed sixth and seventh respectively, winning this match will be crucial.

This blistering rise to fame from Mark Steketee has been very surprising, as he currently sits within the top three BBL wicket-takers. Starting the season with $15 odds (with the best online bookmakers) to lead the Heat for wickets taken, not many pundits expected his current form, and neither have his opponents. His surprising pace is catching plenty of batsmen off guard and will be dangerous for the Strikers this Thursday.

In the last match between these teams at Adelaide Oval, Phil Salt was unbeaten with 67 runs off 38 balls. Salt has surpassed 20 runs in two of his last three games, where he has led the Strikers run tally on one occasion. The big hitter needs to be at his best if the Strikers want to beat the Heat and push for a spot in the finals.

Even though the Heat will be coming off a game and interstate travel, we will be taking them to win this match. We believe the Strikers are not the same side without Rashid Khan, who has left the squad to return to Afghanistan. With Chris Lynn in excellent form and the bowling unit looking fantastic, the Heat should overcome the Strikers.