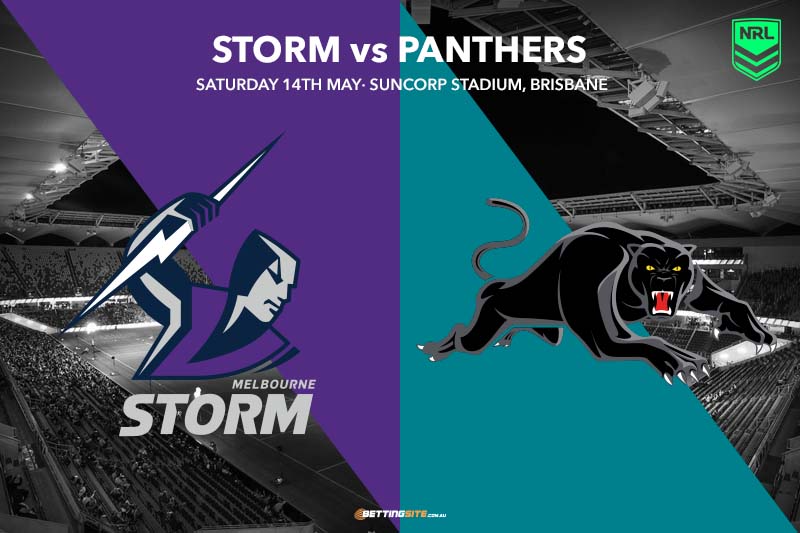 Saturday night of Magic Round sets up to be one of the games of the year as the Melbourne Storm take on the Penrith Panthers in the 2020 Grand Final rematch. The Storm have lost a cornerstone of their offense with Ryan Papenhuyzen going down with knee and hamstring injuries, while Reimis Smith is also out with a torn pec. Meanwhile the Panthers are back to full strength with Brian To’o and Moses Leota making their return to the field in the last week.

Melbourne have been one of the form sides of the competition in the last month, scoring a mountain of points and conceding very little in defence. On the other hand, the Panthers lost to the Parramatta Eels in a nail biter in Penrith. The Panthers are the heavily backed favourites for this match as they have been hammered from as long as $2.85 into as short as $1.60 with Unibet.

Melbourne may have won more than 80% of their games at Suncorp Stadium in their illustrious history, however, with injuries in key positions, the Penrith Panthers are the clear on top selection. Given the wet weather and the defence of this Storm side, the Panthers 1-12 are the best bet at $2.60.

Both the Panthers and Storm have been equally impressive defensively this season, as they have the least number of points conceded with only 110 each. The Panthers have a greater tackle efficiency than the Storm, who are no slouches at 85.8% so far this season. Factor in both the horrendous wet weather of Brisbane, and the loss of Ryan Papenhuyzen for the Storm, points towards the total match points being below 34.5.

Brian To’o was enormous in his return to first grade last weekend as he ran for 266m in 22 runs with one line break and three tackle breaks. To’o will be marking up on Dean Ieremia who has been recalled to the first-grade side through injury. Ieremia will have his hands full to handle To’o who will only grow in confidence as he continues his return from injury. Expect the Panthers to target their right-hand side attack with To’o to exploit any weakness Ieremia shows. Paying $8.75 to be the first try scorer, To’o is a great value play for Saturday night with the top bookmakers.

This battle of the five-eighths will be an incredible preview for this year’s State of Origin series, as well as a possible preview to the battle of this year’s grand final. While Luai has three tries to go with five try assists and three line break assists on an edge that has been on fire so far this season for Penrtih. Meanwhile, Cameron Munster has a mammoth four tries, ten try assists and eight line break assists in eight games this season, showing why he is one of the most elite players, and few million-dollar men in the NRL.