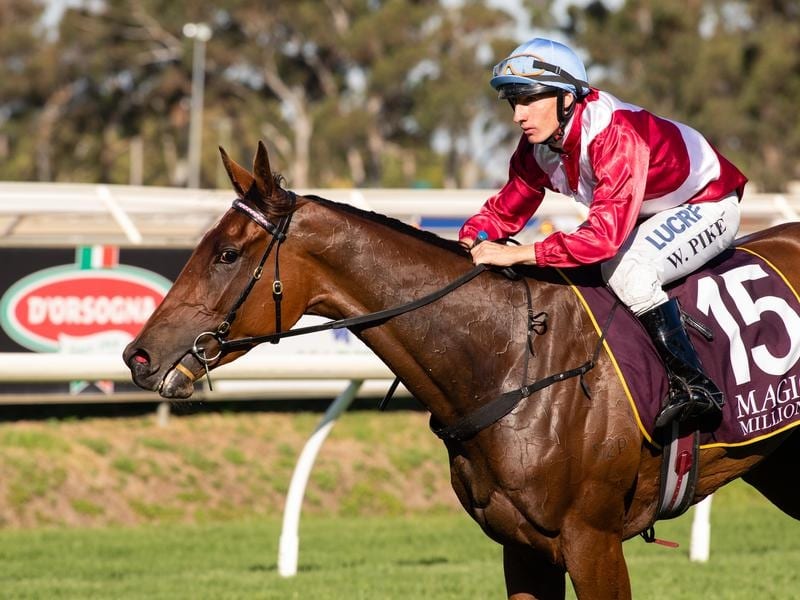 Chris Waller-trained mares Arcadia Queen and Enticing Star have put in pleasing trials at Canterbury as they continue preparations for The Everest.

Arcadia Queen closed late from last to finish third in her 900m-heat on Monday while Enticing Star won her trial over the same distance.

Both mares have been sent to Waller by leviathan Perth owner Bob Peters with the $14 million Everest on October 19 in mind.

Arcadia Queen is at $11 for The Everest with Enticing Star a $15 chance.

At Cranbourne in Victoria on Monday, $5 Everest favourite Santa Ana Lane finished a pleasing third in a barrier trial over 800 metres.