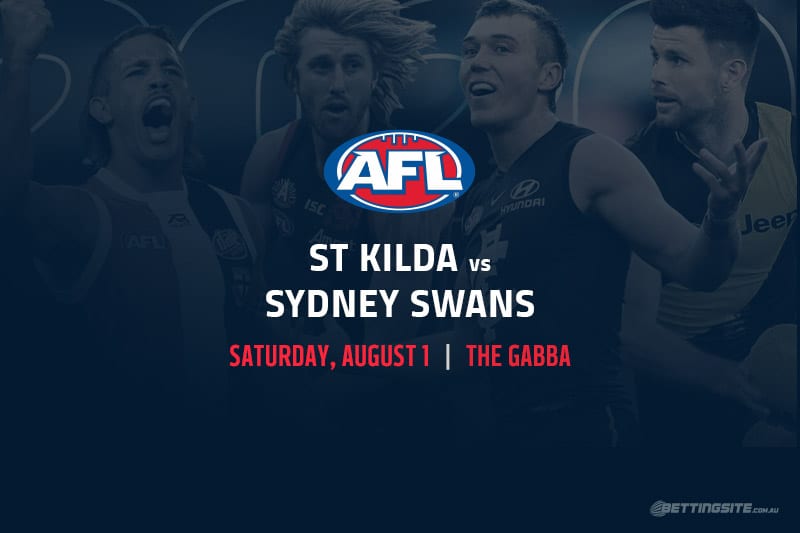 The St Kilda Saints can make sure of another week in the top four with a big win at the Gabba this weekend.

On the flipside, John Longmire and the Sydney Swans will be looking to make it two in a row after beating Hawthorn in an exciting battle at the SCG last round.

The Saints may bring back Josh Battle and Jack Lonie for this match if they pass fit, which could see the likes of Matthew Parker and Dean Kent in trouble at selection.

Will Hayward missed Sydney’s win over the Hawks with a knee problem, but the rangy utility is a solid chance to get up for this clash.

Zak Jones will be facing his old teammates for the first time since moving to St Kilda, which is sure to spark some banter with Swans star and noted pest Tom Papley.

Sydney co-captain Dane Rampe will play with a broken wrist this week, having collected the maximum 10 coaches’ votes for his gutsy performance against Hawthorn.

Zak Jones is a fighter that won’t stand down at any point, which is why we believe he will have a standout game against his old team. The Swans will happily rip into Jones for most of the contest, but his competitive nature will only make him play harder. The tough midfielder will enjoy the contest against Luke Parker and his other ex-teammates.

Besides one quiet game against the Roos back in round three, Callum Mills has found plenty of the footy this year. He peppers the 20-disposal mark each week, having exceeded that amount twice in his last three games. Mills is a very smart defender who, along with Jake Lloyd, could see even more ball than usual this week as Dane Rampe looks to rest his injured wrist.

The Swans are missing a key defender that can match Max King in the air, so the scene is set for the rookie forward to deliver a breakout performance. King has slipped a little in the AFL Rising Star betting due to Izak Rankine’s ever-growing highlight reel, but a big game here against the undersized Swans may see King close the gap on the favourite.

There isn’t a forward in the competition as exciting as an up-and-about Tom Papley, who will need to be at his best if the Swans want to keep up with the fast and furious Saints. Although Ben Paton has been solid in recent weeks for St Kilda, he is not ready for what Papley has up his sleeve. The 24-year-old booted four last week and could do something similar here.

Knowing the Saints want to play fast and the Swans are testing how their players go in one-on-one contests, this match should be open and fast. The Gabba isn’t the longest ground in the AFL, so there is value in playing through the centre and taking the shortest route to goal. If the conditions are fine as forecasted, the overs might be the go here.

The way St Kilda tore Port Adelaide apart late in the game last week served as a warning shot to the competition, but we know consistency is still an issue for Brett Ratten’s emerging squad. We suspect Sydney’s smart defenders, gutsy midfielders and cheeky forwards will do enough to make this a close match.