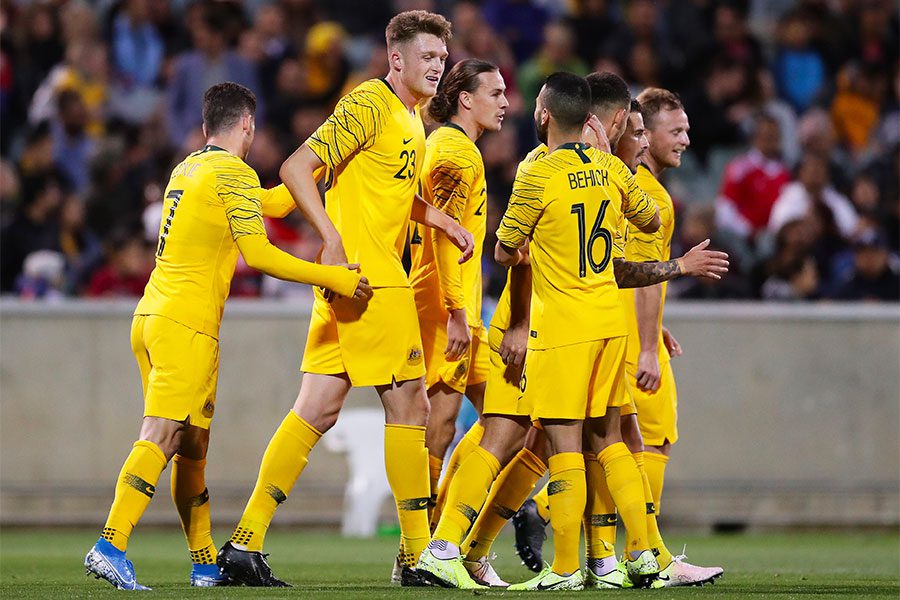 The third stage of 2022 FIFA World Cup qualification gets underway for the Socceroos as they travel to Qatar to take on China on Friday morning (AEST). BettingSite.com.au presents the best bets and match analysis for what will be the first meeting between the two sides since Australia’s 2-0 victory in the 2015 AFC Asian Cup quarter-finals.

The Socceroos have gone eight straight matches without tasting defeat and come up against an in-form Chinese outfit who have not lost an international match in their past five. In their past four World Cup Qualifiers, Australia have found the back of the net on 12 occasions while conceding just the one goal. Having qualified for the past four World Cups, the Socceroos will be viewing this clash in Doha as a taste of what is to come at Qatar 2022.

It remains unclear whether Mathew Ryan will assume his spot between the sticks on Friday morning, with the Socceroos no.1 not playing a competitive match since Australia’s 1-0 win over Jordan on June 16. The keeper, now with Real Sociedad, has been recovering from a knee injury that has seen miss the first three weeks of the new La Liga season, and you would think Graham Arnold would want his best shot-stopper in net against an in-form Chinese line-up. With Jamie Maclaren unavailable, it looks like either Mitchell Duke or Adam Taggart will lead the line in front of a talented midfield.

China will prove to be no easy beats for the Socceroos. In the eight games of the second stage of World Cup qualification, they managed to score 30 goals while conceding just three. However, it must be noted that while the Chinese filled their boots against minnows such as the Maldives and Guam, they were held to a goalless draw in the Philippines and lost 2-1 away to Syria.

With a majority of the squad coming from the Chinese Super League, the marquee player in this relatively unknown side is Lei Wu. The Espanyol forward’s international record speaks for itself, with 24 goals from 67 appearances, and he is just as prolific at setting up goals as he is at putting them away.

Alongside Japan, both Australia and China are expected to be among the sides fighting it out in Group B for direct qualification to the 2022 FIFA World Cup. History tells us that the Socceroos have another gear to go to when it comes to this stage of proceedings. While they might not have an internationally renowned striker, the Australian midfield and defence will prove hard to break down. In what could be quite a dour affair with neither side wanting to drop points, we anticipate the Socceroos will walk away 1-0 winners on the back of a goal from a set piece.

The 198cm centre-back Harry Souttar has been nothing short of spectacular in his short time so far as a Socceroo. With five international caps to his name, the Stoke City defender also has six goals due to his dominance in the air from set pieces. Coming up against what looks to be a somewhat undersized Chinese defence, Souttar will certainly get his chance to score from either a corner or a free kick.