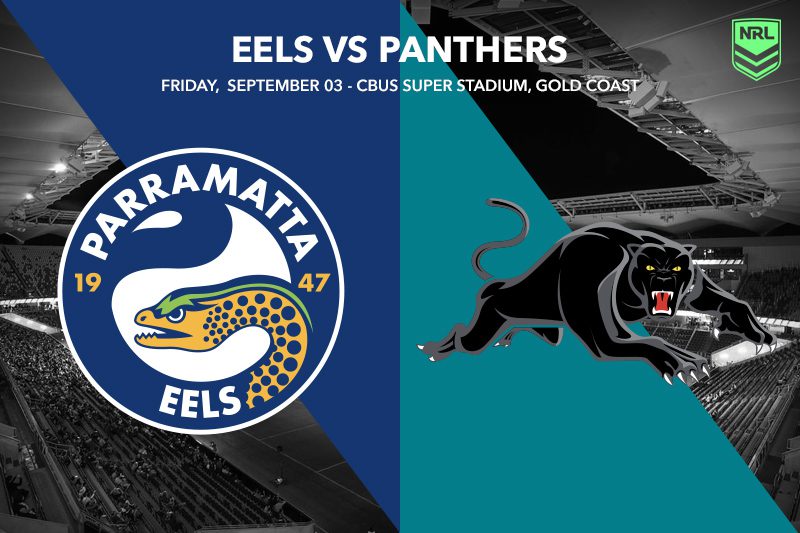 The Parramatta Eels and Penrith Panthers will play out a Western Sydney derby under the most unusual circumstances imaginable at CBUS Super Stadium on Friday in Round 25 of the 2021 NRL season.

Parramatta were $3.50 on Monday, but by the time their team was named on Tuesday afternoon, they had blown out to $13 in the head-to-head betting. Will Smith will captain the Eels at five-eighth and will be partnered by Jake Arthur at halfback, who will replace Mitchell Moses. Parramatta will also rest Clint Gutherson to give his knee a chance to recover, giving Hayze Perham a start in the fullback jersey.

This is unrecognisable from Parramatta’s strongest line-up. Not only does it confirm that the Eels don’t care who they play in week one of the finals, it also says they’ve made peace with the fact they are playing sudden-death football in September.

Penrith have gone the opposite way, naming their strongest team possible in a last-ditch bid to snatch the minor premiership from Melbourne. It shows a stark difference in philosophy between the two coaches, and seeing the Panthers go this way has come as a shock to some.

Had they named their regular team, this would have been a great appetiser for the NRL finals, but this is now a games where the Eels are being given a +27.5-point head start. That line might be worth taking on, however, as Penrith find themselves in the same situation they did against the Tigers and it could leave the window open for Parramatta to genuinely make a game of it.

One positive from the team-list shenanigans is some ridiculous prices in the tryscorer markets. Blake Ferguson at $20 to score the first is absolutely unheard of. Haze Dunster at $21 to opening the scoring is also a terrific price if you think this second-string Parramatta side will look to prove a point early. A fun same-game multi might be to take the Eels at the long line and combine it with the two previously mentioned players to score at anytime for a price of $15.50 with Sportsbet.

After Penrith tried so hard to win 18-straight games to take out the 2020 NRL Grand Final, it is a little surprising to see them name their best side for this game. Had they come from the clouds in the last few weeks and were still working on some combinations (Roosters circa 2010), then you might understand it, but they’ve spent years together and should view this game as one last chance to rest before going all-out in the finals. Regardless, they will win this game in a canter, and if they don’t win by at least 20 points, they’ll have played poorly.

Brian To’o is a skinny $6 to cross the stripe first, but on that left edge he is going to get the first crack at it. Parramatta’s right side, even at full strength, has had issues all season, and they’ll no doubt give up points on that side of the field. Dylan Edwards at $15 could be a value selection to score the first try, backing up through the middle off a line break. If you think Penrith will take the game seriously and want to fine tune some things before the finals, why not take the $4.50 on offer for Parramatta to score zero points?

Seeing two clubs who are finals-bound have two completely different philosophies for the same situation is intriguing. The one head-to-head battle that has some meaning going forward is Joey Lussick and Apisai Koroisau. Lussick has done well when called upon to replace Reed Mahoney, while Koroisau is seen as one of the key cogs in Penrith’s premiership tilt. Parramatta have essentially placed no meaning on this game, but there is plenty at stakes for a player like Lussick who has a big role to play for the Eels come finals. It will be interesting to see how he goes against one of the better hookers in the competition.

Round 25 Eels vs Panthers predictions

Parramatta will lose by 20 points but won’t let the scoreline get past the +27.5 point line, so get on them to cover.

Parramatta +27.5 with Dylan Edwards, Brian To’o, Stephen Crichton and Haze Dunster to all score a try pays a handsome $46.