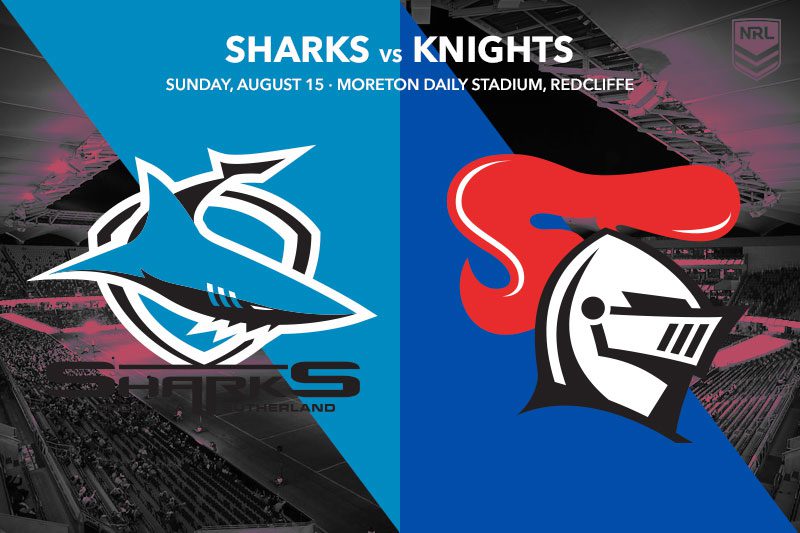 Round 22 of the 2021 NRL season concludes this Sunday afternoon with a high-stakes battle between the Cronulla Sharks and Newcastle Knights. The Knights can move into the top eight and four points clear of the Sharks on the ladder with a win, while Cronulla are almost at last-chance saloon after throwing away a win against the Warriors last Saturday.

The Knights have named the same team for the third week in a row and there is finally some stability to their season – something they haven’t had during Adam O’Brien’s tenure. They come in as a $1.46 favourite, which is important for punters because the favourite in the last nine head-to-head contests between the two clubs has gone on to win the game.

Another important factor favouring Newcastle is the presence of Mitchell Pearce and Jake Clifford in the halves, who are a perfect 3-0 this season when they’ve played together. Pearce has won five of his seven games he has started this season, so the Sharks are up against it without the likes of Shaun Johnson and Wade Graham.

Cronulla have been forced to make some changes to their line-up, shifting Siosifa Talakai to the centres as well as starting Braden Hamlin-Uele at prop.

The Newcastle Knights put together two wins in four days to revive their season and they have a favourable run home, but this is the game they absolutely have to win. With the Titans playing Souths and Raiders already losing to the Storm, it opens up a window for them to get a two-point buffer in seventh spot. They have the worst points differential of those teams, so they need to create the distance with outright wins. The $1.46 price does feel a bit short for them as they have been known to fold under some pressure in recent seasons, but Cronulla are so hard to predict from week-to-week it almost enhances the Knights’ case artificially.

Enari Tuala has scored four tries in his last two games and he is the favourite to score first at $9, while Kalyn Ponga is $9.50. Ponga has five tries in his last two games against Cronulla, so even taking the $4.50 for him to score a double is well worth looking at. The -7.5 line at $1.90 is a comfortable one take on with Mitchell Pearce and Jake Clifford controlling the action. They’ve won all three games starting together and covered that line on each occasion.

Seeing the manner in which the Sharks threw away the game in the second half last week should fill absolutely no one with confidence. They can’t recall Shaun Johnson or Matt Moylan into the halves and have a second rower in the backline, so personnel wise they fell a little thin to get the two points in this game. Whether the desperation of their season being on the line brings out the best in them is also hard to predict.

One spot Cronulla can find some joy is going down their left edge, which means attacking the frail right of Newcastle. To get Ronaldo Mulitalo at $1.91 when the Knights have given up more than 30 tries this year down that corridor is a fantastic price, while Talakai’s strength close to the line makes him a huge threat a $3.20. Unfortunately for their fans, finding a winner in the head-to-head markets is proving extremely difficult.

Jayden Brailey left the Sharks because they had more faith in his brother long-term, so being matched up against his little brother Blayke is sure to be a good battle. Jayden was rested by the Knights last week and has arguably been their most consistent player for the duration of the season, providing excellent service from dummy-half and leading the competition in tackles made. Jayden is very much a traditionalist but is still one of the best hookers in the competition. Blayke’s game is different in the sense that he thrives off being able to run through the middle third on the back of second phase play. If Aaron Woods and Braden Hamlin-Uele are able to offload like they normally can most weeks, Blayke will be a handful. Whoever wins this game, one of the Brailey brothers will be best on field for their respective club.

The Knights win by 12 points and move to 7th on the ladder with three rounds to play before the NRL Finals. It’s been the Kalyn Ponga show in their recent fixtures and on a dry Queensland afternoon he will make life tough for the Sharks defence.

Knights -7.5 with Kalyn Ponga to score two tries and Ronaldo Mulitalo to cross for one in the corner pays $14.50.