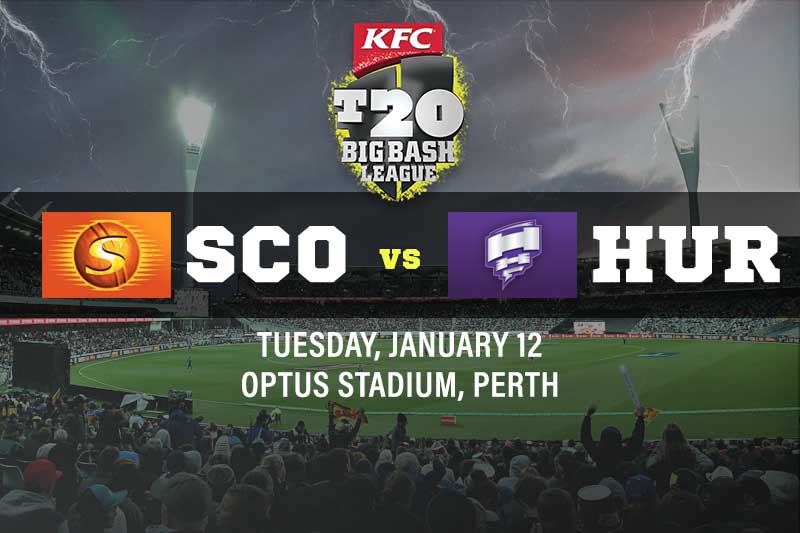 Can the Perth Scorchers make it two wins in a row this Tuesday when they host the Hobart Hurricanes at Optus Stadium?

Both clubs played the Sydney Thunder in their most recent games, where the Hurricanes went down by 39 runs, while the Scorchers upset the Thunder and stamped themselves as Big Bash League finals contender.

After losing their last two games, the Hurricanes must bounce back and win to stay in top two contention, as they currently sit third in the standings with five wins from nine games.

The Scorchers have put their slow start behind them, winning their last four matches consecutively and jumping inside the top five.

Both teams won a game in their two BBL09 games, meaning neither side has the wood over the other.

With five Big Bash League games under his belt, Malan looks extremely comfortable at the Hurricanes. Averaging 35 runs with a strike rate of 117.45, the world’s best T20 batsmen hasn’t lived up to full expectation, but he is due for a big innings. After going out for 26 and 20 in his last two games, the classy Englishman will know he must take control and surpass 25 runs this Tuesday.

None of the Perth bowlers made a big impact against the ‘Canes in BBL09, but Tye wasn’t present during those two matches. The variety and lethality of Tye’s fast bowling makes him an exceptional player. The Scorchers veteran has taken six wickets in his last two games and at least one wicket in his last five outings. Tye is paying around the $2.10 mark with top online bookmakers.

We tipped the Scorchers to upset the Sydney Thunder in their last match and they did not disappoint, beating the favourites with a combination of good batting and bowling. Considering the Hurricanes have lost their last two matches, and the Scorchers have all the form behind them, we think the best choice here will be the home side.