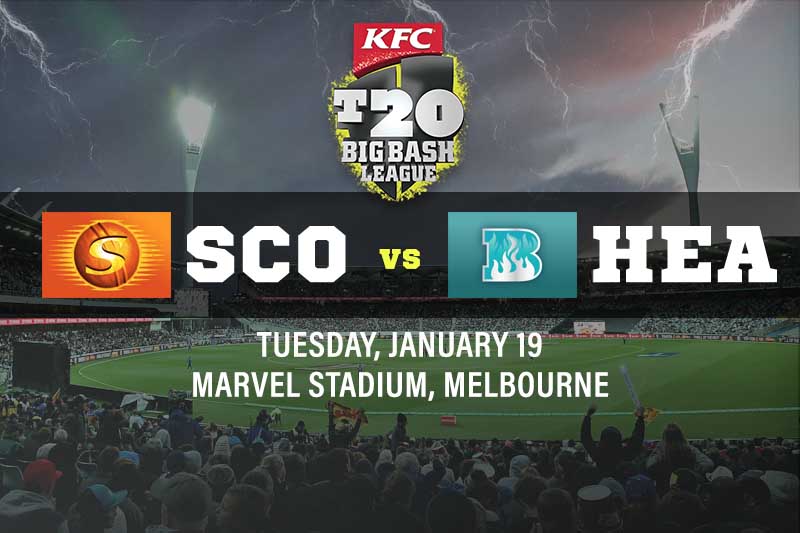 The Perth Scorchers and Brisbane Heat battle at Marvel Stadium on Tuesday night will go a long way to determining who reaches the BBL finals.

Only a handful of matches remain for the Big Bash League regular season, meaning the finals are on the horizon for the top five teams in the standings.

The Scorchers and Heat sit fourth and fifth respectively, adding far more importance and anticipation to their upcoming clash at Marvel Stadium.

In both their two BBL09 clashes, it was the Scorchers who ran away as victors, mainly due to outstanding efforts from their captain Mitch Marsh.

Unlike their recent battle, Marsh will sit out this match with a side strain injury, meaning they will need to find the winning runs from another player.

It is common knowledge to any Big Bash League fan that Heat skipper Chris Lynn knows how to hit a big shot, and we expect some fireworks at Marvel Stadium. Although Lynn is a specialist when it comes to hitting sixes, he has been accumulating his runs through fours recently, and we suspect he will strike again against the pace of the Scorchers, as he did against the Sixers and Renegades last week.

The Perth Scorchers have one of the most powerful attacking brigades in the competition, and they are normally led by the young star, Richardson. With his surprising speed and accurate line and length, Richardson is becoming a very capable bowler, who has taken six wickets in his last three games. The seamer took a wicket in both BBL09 clashes against the Heat and has improved this year.

The Sixers were brilliant in their win over the Scorchers, but we still saw glimpses of a championship level side from Perth. The first 10 overs saw the Scorchers post over 100 runs, before they struggled for the rest of the innings. Even without Mitch Marsh we think the Western Australian-based franchise can win at Marvel Stadium.