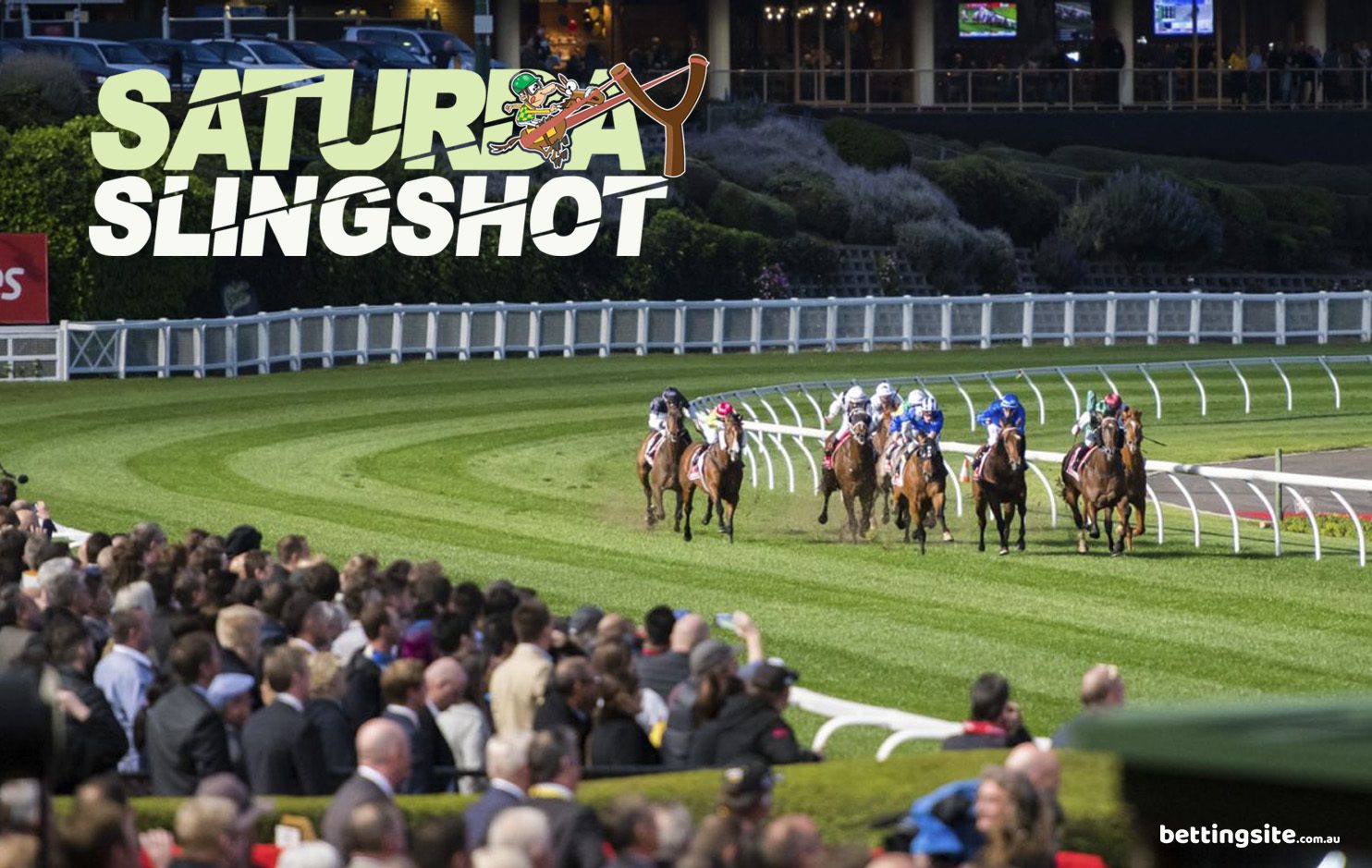 The Saturday Slingshot presented by Bettingsite.com.au is here and it brings you the best bets for horse racing in Australia on Saturday, July 30, 2022 to help you launch into a winning weekend on the punt.

Our best bet of the day at The Valley comes up in the penultimate event as the Alex Rae-trained Chief Altony returns to Victoria following a third-place finish in the Listed Winter Stakes at Randwick. Having been aided by a gun run, the five-year-old gelding was still defeated 2.5 lengths by the in-form pair of Taksu and Jojo Was A Man. That type of opposition isn’t going around in this BM100 over the mile, and considering this son of Rebel Raider is the horse with most upside in the race, he simply looks too hard to beat. Following Will Price’s 1.5kg claim, the Chief goes around with just 51.5kg on his back, and with a wet track record of 12: 3-6-2, we know he will handle the conditions with aplomb. Look for Price to have him settled just worse than midfield. Armed with a strong turn of foot, Chief Altony should blow his rivals away in this.

On what is a pretty tough day of racing, we are siding with a filly who we expected to be about two-thirds of the price that she is. Troach is a $15 chance with most online bookmakers, which seems absurd given her form. The two-year-old filly by Epaulette has won just one race from five starts, but she’s not been far behind Fireburn, She’s Extreme and Queen Of The Ball, who are all above-average fillies, and we thought her first-up run was good enough given the way the track played that day. Now fitter second-up, dropping to 52.5kg and drawing beautifully in gate seven, Troach is going to give this race a serious shake.

Queensland’s premier metropolitan trainer, Tony Gollan, had a quiet Brisbane Winter Carnival by his standards, but he’s really started to hit his straps late in the season with two winning doubles over the past two weekends. He looks set to continue that form this Saturday when one of his more promising sprinters resumes. The Move has always shown bundles of ability, winning four-straight races at the back end of last year before running fourth to Zoustyle in November and then fourth to 900m specialist Remlaps Gem in his only start this calendar year. His recent trial win was exactly what we wanted to see from the speedy five-year-old, who lines up over 1000m on Saturday. Rising star Angela Jones hops in the saddle, so her 3kg claim will see the son of Hinchinbrook carry just 57kg in this first-up test. The Move should get to stalk the race favourite, Osamu, from barrier seven and serve the pressure up to him in the straight. He is the one to beat.

The Travis Doudle-trained Spanish Heirloom returned with a dominant win on the Parks track on July 16. It is hard to knock the racing pattern of the four-year-old, as she jumps cleanly from the barriers, looks for the rail and, more often than not, gives a kick in the home straight. She gained an uncontested lead last time out and looks almost certain to gain a similar run in transit in this. She won by 2.5 lengths on that day, and despite rising 2kg in the weights, we anticipate Jason Benbow will have her rated a treat out in front. Six of her eight career wins have come on rain-affected going, and with $3.50 available at Palmerbet, she simply looks a perfect play in these conditions.

Three-year-old gelding Black Fantasy should be a nice and easy way to start proceedings on Saturday, as the last-start Listed Belmont Classic winner steps right back in grade. Prior to that, the Daniel & Ben Pearce-trained son of Blackfriars won the Listed Aquanita Stakes and ran third in the Belmont Guineas, so he should appreciate the big drop back in class to this Rating 78+ Handicap where he gets in on the minimum. The even-money quote on offer looks more than generous as he shoots for three straight wins.