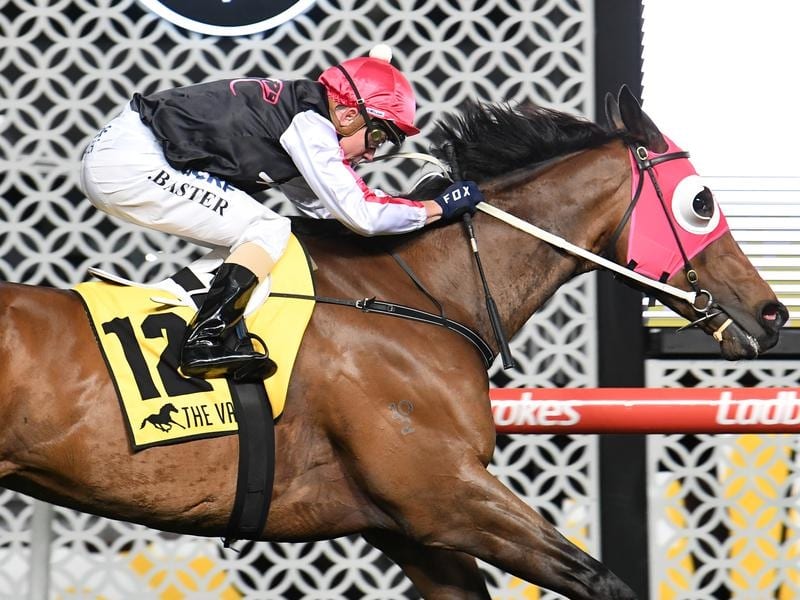 Frontrunner Runson will have to overcome a wide barrier in a Listed race at Caulfield.

Drawing the widest barrier in a stakes race is not what co-trainer Troy Corstens wanted as he prepares to step Runson up in distance.

But Corstens, who trains Runson in partnership with his father Leon, said the draw would not stop the gelding running in the Group Three Elvis Thurgood 40th Anniversary Cup (1400m) at Caulfield on Saturday.

The race is named for jockey Elvis Thurgood who suffered serious brain and spinal injuries in a fall in the 1980 Easter Cup.

Runson is a two-time winner over the 1400m journey at Caulfield, but Saturday’s race will be his first start at the distance in almost two years.

“I just haven’t had the chance to get him back up to that distance until now,” Corstens said.

“But I’m looking forward to seeing him back at it again.

“He showed he was good at the trip previously and I can’t see any reason why he won’t be again.”

After a disappointing end to his spring campaign when connections considered retiring him before he was found to have a lung infection, Runson has bounced back this time in with strong form.

He won a Listed race at Morphettville last month with and finished second either side of that victory.

Corstens thought Runson was going to make it two on end before being claimed late by Diamond Effort in the Listed Hareeba Stakes (1200m) at Mornington last time out.

“He just had to do a bit of work early at Mornington and that just cost him,” Corstens said.

“Those last few strides, when they have to do that little bit of work, it counts against them.”

Corstens is hopeful the rise to 1400m won’t be too dramatic for Runson.

He expects Runson to push forward from the draw as there are a number of horses engaged who shape as backmarkers.

“Barrier 17 is a bit annoying, but we’ll work it out,” Corstens said.

“There’s a few horses that get back, so he’ll work forward I would say and lead.

“The horse is going fantastic.

“He had a trial last Friday and was excellent and along with a couple of maintenance gallops to keep him ticking over this week he goes into the race nice and fit and very well.”