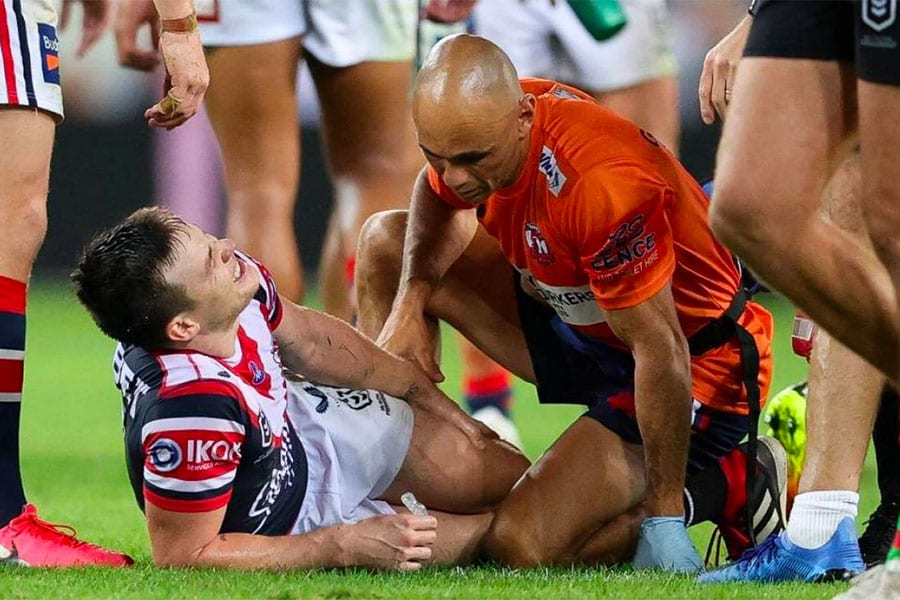 There were 7,800 fewer Australians admitted to hospital for injuries sustained while playing sport in 2019–20 compared with the previous year, a new report from the Australian Institute of Health and Welfare (AIHW) reveals.

The report, Sports injury hospitalisations in Australia, 2019–20, shows the COVID-19 restrictions on organised sport from March 2020 resulted in fewer hospitalisations for winter sports, such as football, while those for solo activities such as cycling rose.

‘The most significant decrease in hospitalisations was seen among the traditional winter sports, with a 46% drop in AFL-related injuries, followed by 43% fewer rugby* injuries and 34% fewer soccer injuries.

However, as Australians turned to solo activities in early 2020, there was a marked increase in the number of people hospitalised for roller sport and cycling injuries, recording a 27% and 21% increase respectively.’

‘Of the 7,800 fewer hospitalisations in 2019–20, males accounted for over 80% (6,300) of the reduction, likely due to the types of sports that males tend to play during the winter when COVID-19 restrictions started, such as AFL and rugby,’ Ms. Veld said.

Overall, the sports responsible for the most hospitalisations in 2019–20 all involved wheels—cycling accounted for around 15% of those admitted to hospital, followed by wheeled motor sports (7%) and roller sports (7%).

For all sports combined, most injuries were to the hips and legs (28%), followed by the shoulder and arms (26%). Just over half of all hospitalisations were for fractures.

Ms. Veld noted that while participation in sport contributes positively to a range of physical, mental, and social health outcomes, it does not come without risk of injury.

The report does not cover emergency department presentations where a patient was treated without admission to hospital.

*Due to the way hospitals record injury data, Rugby Union and Rugby League are combined in this report.