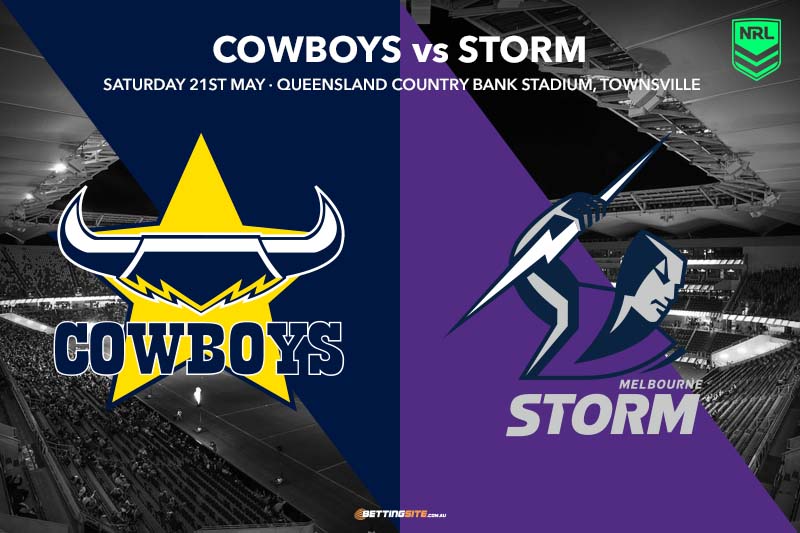 When the North Queensland Cowboys host the Melbourne Storm on Saturday evening it will be a battle between second and third on the NRL ladder.

The North Queensland Cowboys have been the big improver in season 2022 and in their last win over the Tigers, they managed to string together their first five-game winning streak in the club’s history without Johnathan Thurston.

It took 27 years to achieve the feat, but perhaps it was another indicator that this team could be on their way to something special.

It would be hard to think that after losing 6-4 to Canterbury at home in Round One you could fast forward 10 weeks and they’re a huge chance of defeating the Melbourne Storm.

It sounds crazy but that is the situation the North Queenslanders find themselves in.

They could barely string three passes together in that season opener, but they’ve improved so quickly that their last four wins has seen them score 30 points in each game.

The good run of health they’ve had to start the season has allowed them to build continuity across the park.

Chad Townsend and Tom Dearden provide the direction and Scott Drinkwater from fullback provides the vision and unpredictability they’ve lacked in recent years.

They are a home underdog at $2.55 and the top bookmakers are only giving them a +5.5 line, which is surprising given the return of Jahrome Hughes.

Usually Melbourne flog nine out of 10 teams, but perhaps the bookmakers believe in the transformed defence of the Cowboys?

The exciting part of this contest is we will finally get a litmus test on the Cowboys as a contender, with many of their wins against teams lower on the competition ladder.

Murray Taulagi at $2.55 to score at any time, along with Jeremiah Nanai at $4.50 are the best picks to throw in a same game multi with Neds.

While the Cowboys ran up the score in Magic Round, the same can’t be said for the Storm.

They suffered a heavy defeat at the hands of Penrith, but the level of concern wasn’t as high as it normally would be due to the absence of Jahrome Hughes and Ryan Papenhuyzen.

Hughes will return for the Storm and they should get much better conditions than last week, where Tyran Wishart was bombarded with an aerial assault and they lost the field position battle.

The warm conditions they will get in Townsville plays into the high-tempo, high skill level style the Storm have mastered over the last few years.

Parramatta were the first team of significance the Cowboys took care of, but they’re only elite a handful of times a season. Melbourne’s awful performance against the Panthers will sharpen their focus and you can guarantee they’ll be much closer to their best and give the Cowboys a stiff test.

Xavier Coates is the $2 to score at any time and offers terrific value as the $8 favourite to score the first of the match.

There are several great positional battles in this game, but the best might be Reece Robson and Harry Grant in the hooking roles.
Both players possess outstanding running games and are having outstanding seasons, so this is one that fans will enjoy if the 10 metres between both teams is kept consistently by the referees.

Robson has a physical toughness to his game that has come to the forefront and made him a potential Origin player of the future, while Grant is now the best hooker in the game.

Two terriers who hold the key for their team.

The Cowboys will have a real crack, but the Storm will have too much class in attack. Take them at the 1-12 margin paying $2.75 as well as the over 40.5 total points with Betfair.