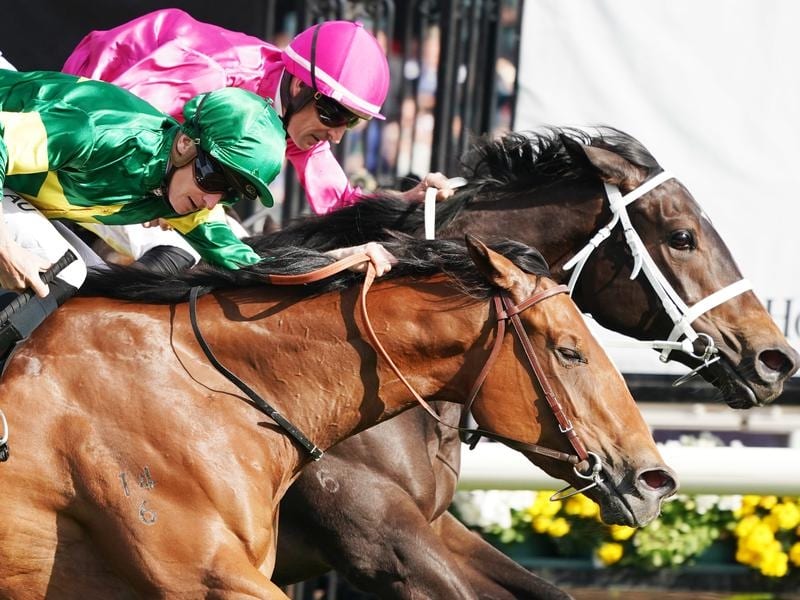 Having learned to harness her brilliance, talented filly Akari is being given a shot at Sydney’s benchmark fillies, starting in the Group Three Light Fingers Stakes at Randwick.

Trained by Brad Widdup, Akari faces a first-up stoush with star filly Libertini, along with Group One winners Kiamichi, Lyre and Flit.

The three-year-old strung together a hat-trick of wins last preparation, two at stakes level including one on Melbourne Cup day at Flemington when she produced a dazzling finish from midfield.

Widdup said the victories coincided with Akari finally learning to conserve her energy in races.

“Obviously at Flemington and the day she won the Reginald Allen, it was probably the first time we’ve seen her relax and hit the line,” Widdup said.

“That’s the pattern I’d like to get her into.”

Despite the heavy rain in Sydney over the past week, Akari has not missed a beat in her build-up to Saturday’s race.

Widdup says the naturally athletic Akari is still carrying residual fitness from her Melbourne campaign and while she has improved during her break, he concedes she needs to if she is to compete with the top fillies.

“She probably has to improve to be getting near them as well,” Widdup said.

“But they’re the only three-year-old fillies races that are available and I wanted to have her ready for them.

“I’m more than prepared to give her a crack at them.”

Akari remains steady at $26 while Libertini has eased slightly to $2.60 with the early money coming for the Peter and Paul Snowden-trained Sangria who has been crunched from $15 into $8.50.

The Widdup-trained Darling Point has been accepted for the Light Fingers and a benchmark race at Canterbury on Friday night with the weather likely to determine which race she contests.