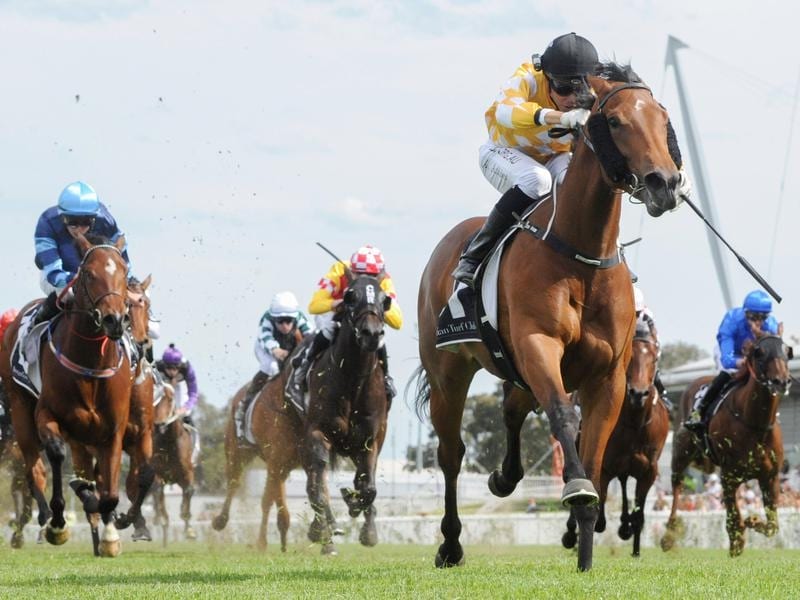 Trainers Peter and Paul Snowden are revving up the Golden Slipper campaigns of three of their top contenders with Dame Giselle the first to step out at Randwick.

Boasting a victory over reigning Slipper favourite Cellsabeel, Dame Giselle resumes in Saturday’s Listed Lonhro Plate (1000m), a race that will determine the path she takes towards the world’s richest juvenile race.

Stablemates Tilia Rose and Blaze A Trail will also be seen in the coming weeks with the pair finalising their build-ups in Warwick Farm barrier trials on Thursday.

Dame Giselle has not raced since her barnstorming performance in the Golden Gift when she defeated See You Soon by almost four lengths with Cellsabeel fourth.

Despite the expectation of a heavy track at Randwick, Peter Snowden says Dame Giselle needs to run to keep to her autumn schedule.

“The good thing about her is she’s got her money. I can set a target and if it doesn’t come off it’s not the end of the world for her so I can take my time,” Snowden said.

“She’s in good order, her trials have been good, she looks great. I’m really happy with her and she’s coming along nicely.”

Tommy Berry will partner Dame Giselle who has drawn the second widest gate, although that might not be a disadvantage on a wet track.

Snowden feels the filly has made physical improvement since her last campaign.

“She’s definitely got stronger. Ability-wise, she is probably the same as she was but that might be good enough. Time will tell,” Snowden said.

Max Lees Classic winner Tilia Rose, who finished third in her trial on Thursday, and Golden Gift placegetter Blaze A Trail, who won her heat, are both scheduled to return to the races imminently.

Snowden said Blaze A Trail would resume in the Silver Slipper (1100m) at Rosehill on Saturday week, while Tilia Rose would either run in that race, or wait another week for the Sweet Embrace Stakes (1200m) at Randwick.

The $3.5 million Golden Slipper is at Rosehill on March 21.