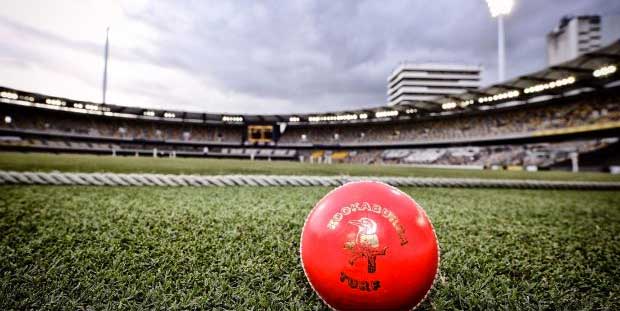 THE selectors have swung the axe and Australia will field one of its youngest and most experienced Test teams in years when it steps out to take on the South Africans in Adelaide this week.

They will be using a pink ball and the Test will run into the night, but the Aussies’ new breed will be more focussed on avoiding a shocking three nil white wash on home soil, after copping a pasting in the first two Tests.

The Aussies, outsiders at +185 with Sportsbet.com.au, have cleared the dresser with their failed squad, dumping out of form opener Joe Burns, the struggling Adam Voges, keeper Peter Nevill and failed Hobart debutantes Callum Ferguson and Joe Mennie.

Victorian Peter Handscomb headlines the list of inclusions after he walloped a double ton against New South Wales in the Sheffield Shield over the weekend.

Handscomb, already believed to be the number one man on the Test selectors’ radar, put his name up in lights by putting the Blues to the sword, leading the Bushrangers to 510 with his majestic 215 that featured 23 fours and a six and virtually booked a spot in the team.

The Aussies will debut a young opener who has been likened to the great Matthew Hayden.

Like Hayden, Matt Renshaw is also a Queenslander and also possesses a compact and patient technique, in the same vein as the big leftie in his early days.

Renshaw, also a left hander, cracked 108 in the Queenslanders first innings 475 against Tasmania and then crunched nine fours in his 50 off 51 balls to show that he can be both defensive and attacking – something rarely seen in this age of T20 riches.

Victorian keeper Matthew Wade has won a reprieve for the pink ball Test, his fire and brimstone brand in the field, and guts with the but ousting Nevill.

While Wade did not fire in the shield, Test selector Mark Waugh said some decisions would be made on instinct, and the Aussies like the brash keeper’s fire in the field.

Nic Maddinson appears the selection bolter and has been picked on ability, rather than form. The New South Welshman has long been pinned as a Test hope and he gets his chance with nothing to lose.

Under fire spinner Nathan Lyon keeps his place and that is probably more to do with Steve O’Keefe’s injury than his own form. He needs wickets to survive past Adelaide.

South Australian Chadd Sayers comes into the 12, having been the best shield bowler over the past three years and deserves a crack at the South Africans if the Aussies decide to favour him over Jackson Bird to support guns Mitchell Starc and Josh Hazlewood.

It is a breath of fresh air for Australia cricket and people are once again talking about the long form after the game, after it had lost its lustre thanks to the Australians’ poor efforts.

But, despite all the new faces, you still have to go down to the fourth line of betting to find one in the top run scorer markets, with Renshaw at $6, behind David Warner ($3.75), Steve Smith ($3.75), and Usman Khawaja ($4). Starc ($2.70) and Hazlewood ($3) are battling it out for favouritism in the Aussies’ top wicket taker market.

The South Africans, while two nil up and home in the series, have had nearly all of it their own way on the field, but ran into trouble off it this week when captain Faf du Plessis was charged with ball tampering by the ICC after footage emerged of him appearing to use a lolly to affect the ball during the second Test.

He will face a hearing today to decide if there is a sanction. The South Africans are yet to announce their side, but you wouldn’t imagine there will be a great number of changes, unless du Plessis ends up being rubbed out.

It was hard to find a passenger in the Proteas’ comprehensive innings and 80 runs win over the Aussies in Hobart, with Quinten de Cock’s 104 and Temba Bavuma’s 74 highlighting the batting, while Kyle Abbott took nine wickets for the match, Vernon Philander claimed five in the first innings and Kagiso Rabada took four in the second.

Rabada is at the top of the wicket taker market for the Proteas along with Philander – both at $3.50 – but the in form Abbott ($3.75) could be the value.