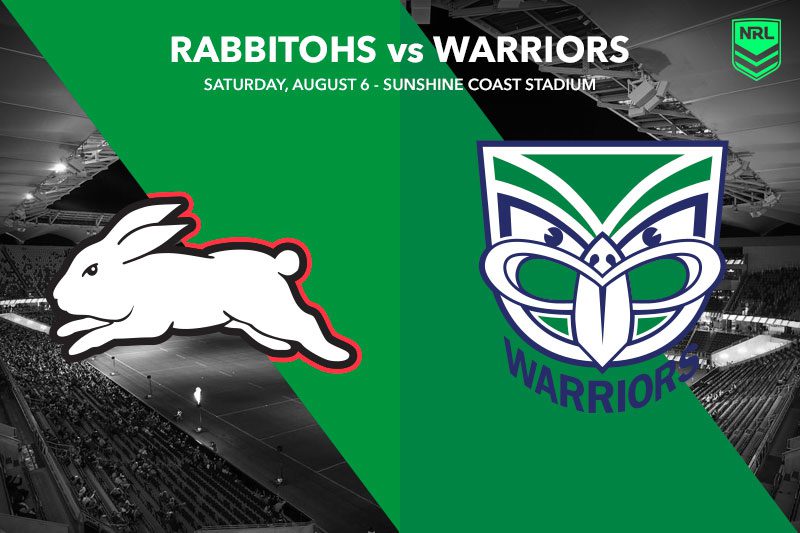 Super Saturday kicks off on the Sunshine Coast when the South Sydney Rabbitohs take their home game north and host the New Zealand Warriors.

The Rabbitohs hit a minor bump in the road with a golden-point loss to the Sharks last weekend, but they’ll be out to get an important two points to help them secure a home final.

Souths ran into a contender that has proven to be a top-shelf side at home this season, so their fans shouldn’t lose faith about their potential to cause some headaches in the finals. They come in as a $1.16 favourite with NRL betting sites against a side that has won only one game since April, and they should run the score up on them.

The Warriors have shown no ability to defend consistently enough to win games and the Rabbitohs can score points for fun, especially down their left.

Alex Johnston is on his way to a third consecutive Ken Irvine Medal, and whatever the price is for him to score a double, punters should get on. He has eight tries in his last four games and in 2022 alone he has six games where he has scored at least two. It’s a phenomenal strike rate and often punters walk away happy.

Even though the Warriors have won four games at the Sunshine Coast this season, the 13+ win for the Rabbitohs almost feels like a fait accompli. Souths might not even hit top gear, but through sheer force of will, they’ll rack up 30 points.

The Warriors put up a good fight against the Storm at home in their last match, but with only one game remaining at Mt Smart for the season, it is hard to see the Warriors mentally getting up for this game.

They’ve been much-improved on their home deck since returning last month, but the away games have yielded them no joy.

They had a good half against Canberra a fortnight ago, but maintaining the rage once a few things go against them away from home has proven to be too big of a mountain to climb.

The +16.5 line feels absolutely spot on for this clash and it will make a lot of punters nervous.

The last game between these two clubs saw the Rabbitohs skip out to an unassailable lead before they almost inexplicably gave the game away.

Will there be a situation once again where the Rabbitohs switch off and the Warriors get some soft points at the end to spoil the afternoon for those taking them at the line?