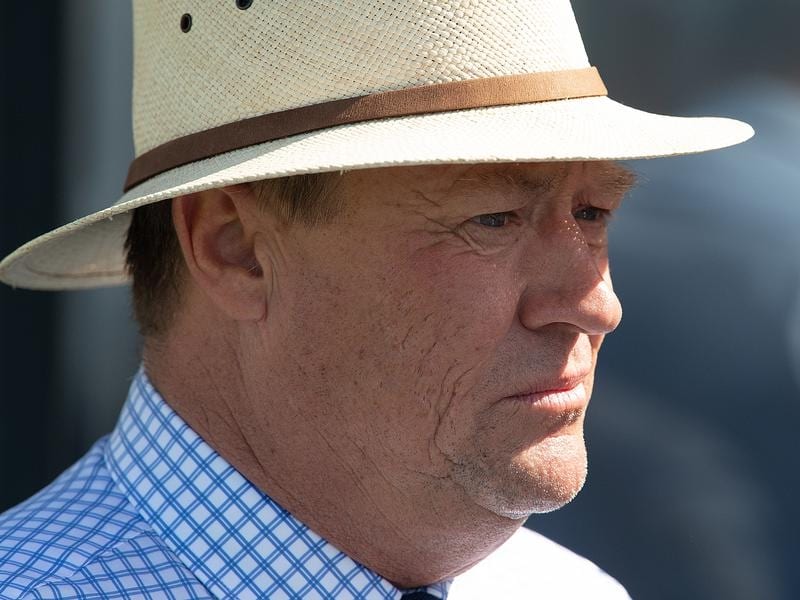 Leading trainer Tony McEvoy has made a lightning visit to Brisbane from Adelaide this week and hopes to have justification to make the trip a few more times this winter.

McEvoy has a genuine chance of Group One winners in Brisbane’s Doomben 10,000 and Adelaide’s South Australian Derby, in which he has three runners, on Saturday.

He was in Brisbane to watch his Doomben 10,000 contenders Manuel and Dollar For Dollar work on Wednesday morning.

“I arrived Tuesday night, watched them work on Wednesday morning and was back in Adelaide by Wednesday lunch time,” McEvoy said.

“They both worked well and if they come through Saturday they will stay on for the (Group One) Kingsford Smith Cup and (Group One) Stradbroke Handicap.

“So hopefully I will be making a few more trips up here.”

Manuel is proving something of an iron horse winning the Group One Orr Stakes in Melbourne and then racing well in Sydney in the autumn.

“He has a very good 1400 metre record but he has won three times at 1200. He is a genuine Group One horse as he has shown in the two carnivals this year,” McEvoy said.

“Dollar For Dollar hasn’t really been tested in Group One company but he also is good at 1400 metres so the progression in distances for the three Group Ones suits him.”

Jamie Kah will ride Dollar For Dollar and plans to stick with him through the winter.

“I’ve got Mark Du Plessis for Manuel on Saturday but after that we will have to see,” McEvoy said.

The trainers has Secret Blaze, Classic Weiwei, and Resurge in the SA Derby (2500m).