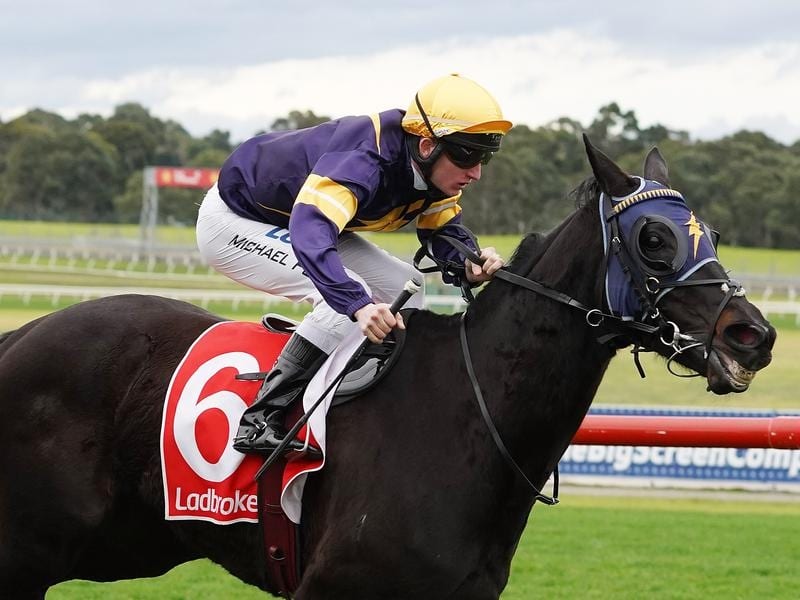 The Mike Moroney-trained Mirimar has justified an odds-on quote to score stylishly at Sandown.

The first part of trainer Levi Kavanagh’s plan for two-year-old Excess Funds this preparation has been successful, with the colt returning from a spell to claim a late-season city win at Sandown.

The next step is likely for the colt to chase a stakes race win in the Listed Lightning Stakes (1050m) in Adelaide on July 27 before hopefully progressing to better sprint races for three-year-olds during the upcoming spring carnival.

Excess Funds was competitive on debut in the Listed Talindert Stakes at Flemington in February, finishing fourth in the race won by Godolphin’s Microphone who went on to finish second in the Golden Slipper and win the Group One Sires’ Produce Stakes.

Kavanagh gave Excess Funds a spell and the colt raced up to the trainer’s hopes first-up in Wednesday’s Ladbrokes Odds Boost Handicap (1000m) for two-year-olds, winning by 2-1/4-lengths.

“I’ve got him back a little bit earlier to try to win a couple of races with him as a two-year-old, if possible,” Kavanagh said.

“And the ideal plan has always been for the three-year-old prep.”

Listed-winning filly Mockery was second in Wednesday’s race in her return from a break while McCullum was another two lengths away third.

Excess Funds and Mockery could clash again next start with Mockery’s trainer John McArdle aiming the filly at the Lightning Stakes second-up.

“There were only six horses but I think it will turn into a very good form race,” Kavanagh said.

“He has come back stronger and a lot better off.

“I have left a bit of improvement in the tank with him. If he pulls up well and everything is right with him we’ll probably go to Adelaide in a couple of weeks for the Lightning.”

Later in the day the Mike Moroney-trained stayer Mirimar was sent out the odds-on favourite at $1.60 in the MRC Membership Renewal Handicap (2400m) and he did not let his supporters down, racing to a three-quarters of a length win.